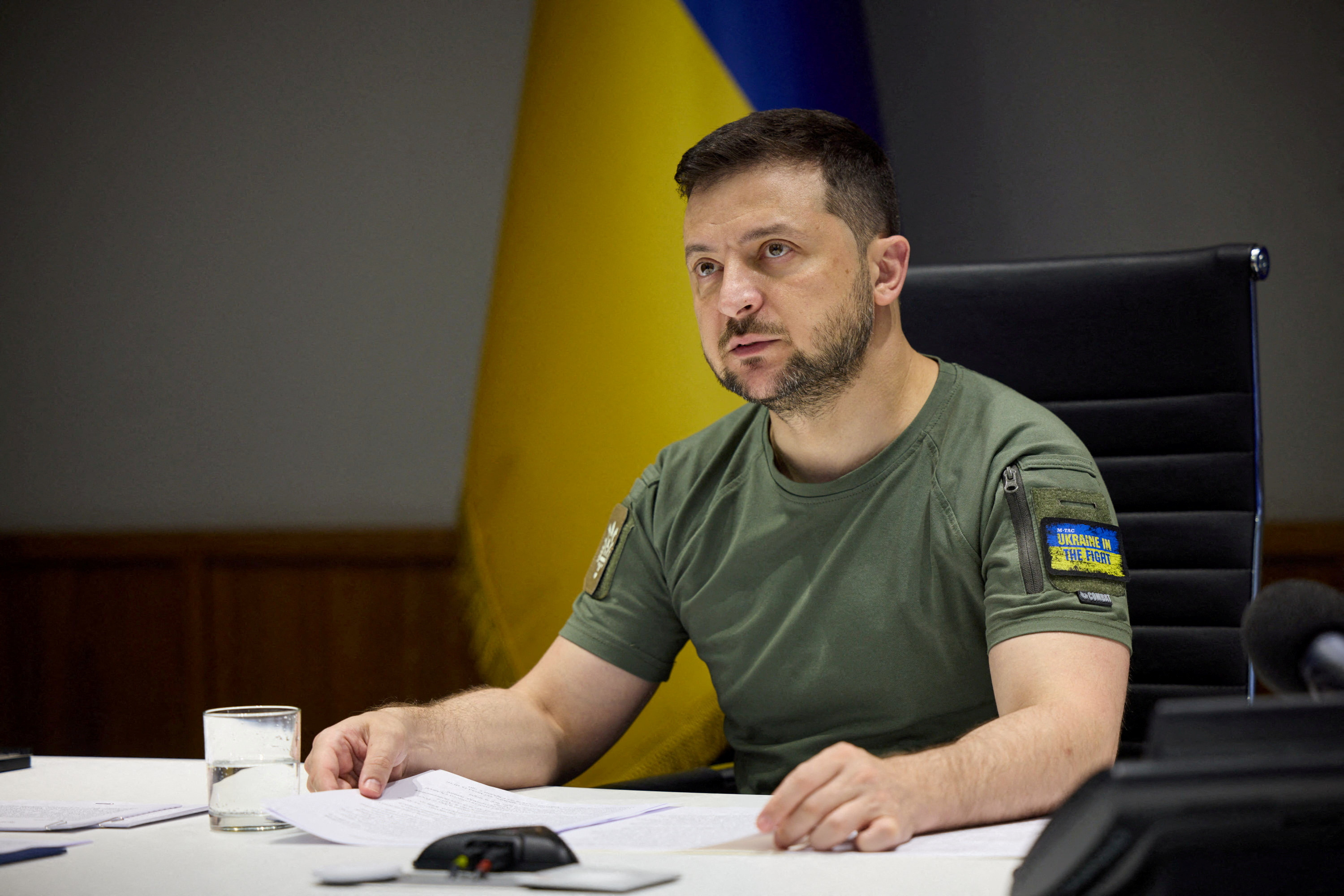 UNITED NATIONS, June 28 (Reuters) – Ukrainian President Volodymyr Zelenskiy accused Russia of being a “terrorist state” at the United Nations on Tuesday, prompting Russia to charge that he was using a Security Council address as a “remote PR campaign” to solicit more Western weapons.

Zelenskiy pushed the Security Council to expel Moscow from the United Nations and to create a tribunal to investigate actions of the Russian military in Ukraine, which invaded on Feb. 24. However, Russia is a council veto power and can shield itself from any such action.

“Russia does not have the right to take part in discussing and voting in regard to the war in Ukraine, which is unprovoked and simply colonialist of the part of Russia,” Zelenskiy told the council. “I urge you to deprive the delegation of the terrorist state of its powers.”

Moscow calls its invasion a “special military operation” to rid Ukraine of fascists, an assertion the Kyiv government and Western allies say is a baseless pretext for an unprovoked war.

All 15 Security Council members, including Russia, stood for a moment of silence after Zelenskiy asked them to “commemorate all the Ukrainians who have been killed in this war.”

Russia’s Deputy U.N. Ambassador Dmitry Polyanskiy told the council that Zelenskiy’s appearance via video had undermined the authority of the body, which is charged with maintaining international peace and security.

“The U.N. Security Council should not be turned into a platform for a remote PR (public relations) campaign for President Zelenskiy in order to get more weapons from participants of the NATO Summit,” Polyanskiy said.

Russia denied hitting the mall with missiles, saying it had struck a nearby depot of U.S. and European arms, triggering an explosion which caused a fire in the mall.

“We have run out of words to describe the senselessness, futility and cruelty of this war,” U.N. political affairs chief Rosemary DiCarlo told the council, urging all parties to protect civilians and civilian infrastructure.