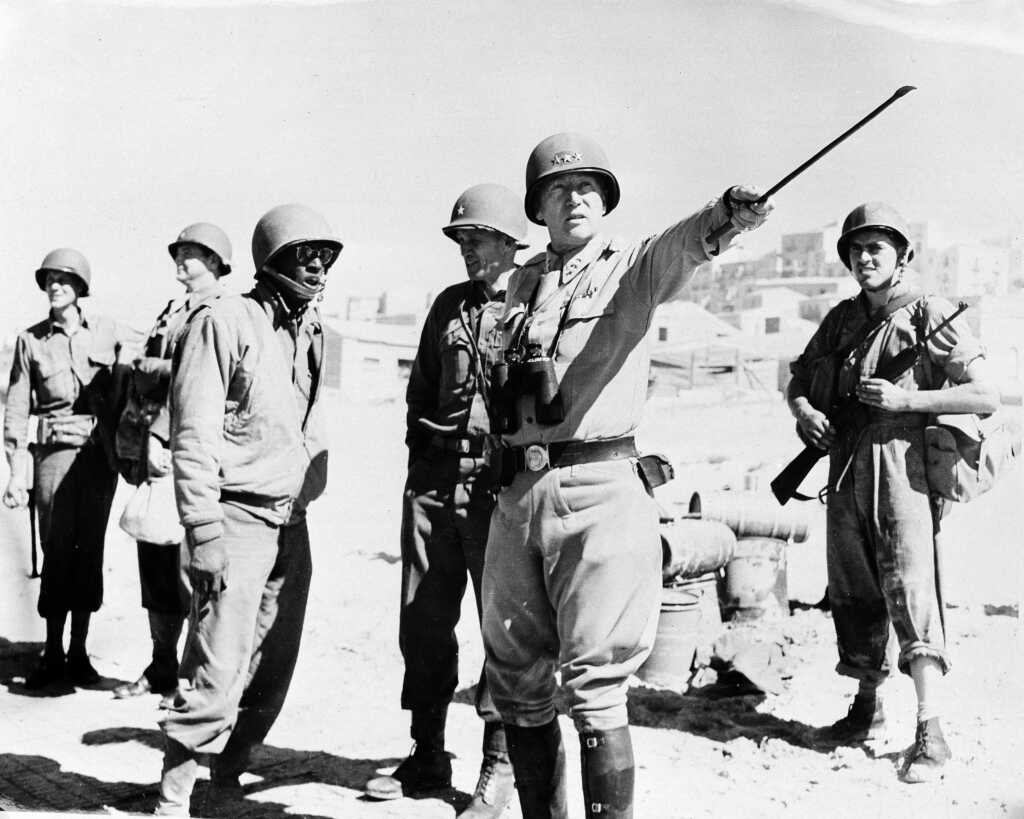 In the midst of a battle marred by terrible weather and immense uncertainty, Gen. George Patton and his troops faced uphill challenges in December of 1944 as U.S. forces confronted the German military.

But rather than buckle or panic, Patton turned to the Lord and rallied his 250,000 troops to simultaneously invoke God, asking the Lord for good weather and victory amid the harrowing Battle of the Bulge.

The stunning moment is apparently one of the many times that miracles and surprising victories have unfolded at Christmastime throughout American history. But this event is especially unique in that it was a mass call to prayer at the hands of a U.S. general — a request many believe God quickly honored.

“It’s really cool that so many Christmas moments in America center around God’s provenance showing up and doing miraculous things,” Tim Barton, president of WallBuilders, an organization that focuses on presenting America’s forgotten history, recently told Faithwire. “And I think it’s interesting that a lot of them involve [the] military.”

Listen to Barton reveal Patton’s Christmas miracle during World War II — one that resulted from the power of prayer:

During the Battle of the Bulge, American forces found themselves struggling amid bad weather. This was due, in part, to the quality of American tanks being subpar to those of the Germans. It was a fact German forces were well aware of, and they sought to exploit it for their purposes.

“The American tanks couldn’t really fight as well. … [but] our planes were superior and so we were able to bomb,” Barton said. “But if we had bad weather, our planes couldn’t get up off the ground and so there was a lot of complicating factors and the Germans knew this.”

With bad weather afoot and with no end to the snow and rain in sight, Patton knew he needed help from God, so he turned to his top chaplain, General James O’Neill, who wrote a prayer that boldly asked God to change the weather.

Almighty and most merciful Father, we humbly beseech Thee, of Thy great goodness, to restrain these immoderate rains with which we have had to contend. Grant us fair weather for Battle. Graciously hearken to us as soldiers who call upon Thee that, armed with Thy power, we may advance from victory to victory, and crush the oppression and wickedness of our enemies and establish Thy justice among men and nations.

Then, Patton ordered the prayer printed on small cards — one of which Barton showed during his interview with Faithwire. Those cards were given to each of the 250,000 soldiers in the Third Army.

“Patton … says, ‘Hey, we’re distributing these prayer cards and every single man in the Third Army, they are going to start praying this prayer,’” Barton said. “And he actually assigned a specific day and said, ‘On this day, we’re all going to pray.’”

The general also reportedly went to a chapel and prayed to the Lord, asking for good weather and a defeat of the Germans — a wish that was soon granted.

“They had a break in the weather and their planes get up and they’re able to bomb the Germans and they ultimately win this battle,” Barton said. “Patton was so fascinating, because he absolutely believed in God. He believed in prayer and there’s no doubt that God showed up.”

Barton said there are a plethora of lessons to take away from the miracle. Among them: God is available to anyone who seeks Him, and life doesn’t have to be perfect or in order to invoke His name.

It’s a phenomenal example of someone stepping up to the plate to fully trust in God. Watch the full interview for even more incredible details, and find out more about WallBuilders.