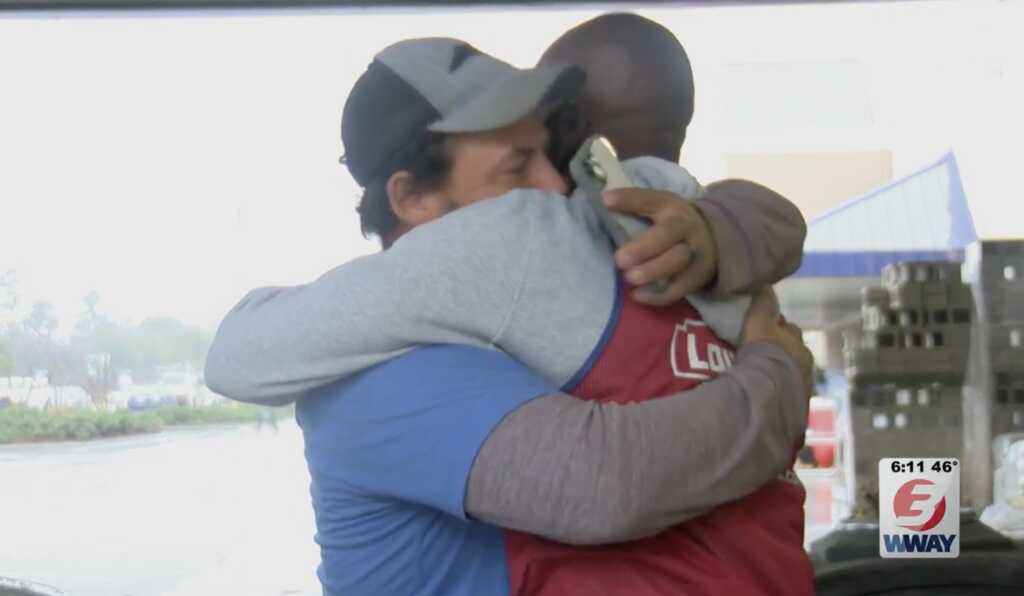 ‘Tis the season for good deeds. That’s the message embedded in a feel-good story this week about a man who selflessly donated his car to a person in need.

Drew Ritter, who runs a homeless ministry and is no stranger to good works, recently decided to once again solidify his good samaritan status after learning that a hardworking dad in his community was in desperate need of a car.

Like so many Americans, Lengeni, 48, fell on hard times during the COVID-19 pandemic, forcing him to bike to work each and every day, regardless of the weather.

This journey — which is between eight and 10 miles each way — can be a dangerous feat, as there are no bike lanes.

At first, Lengeni asked Ritter if he knew of any cars for sale, and Ritter said he had a vehicle he could sell him for $1,500. But when Ritter learned more about Lengeni’s situation, he felt called by God to simply donate the vehicle.

“I felt in my heart and God telling me I need to give him this car,” he told WWAY-TV.

Ritter, who said the car needed some work, took to GoFundMe to ask for $2,000 to repair the vehicle before donating it.

“I have a roof over my head, food on the table, a healthy family and everything else I need. God always provides for me and my family and now it’s time to give back,” Ritter wrote in his GoFundMe appeal. “It’s going to cost about $2,000 to fix it up so I can give him a good working car. Any help would be awesome!”

He ended up exceeding his goal, raising $3,200 to fix up his Jeep and then gifted the vehicle to the hardworking man, WWAY-TV reported.

Lengeni and Ritter hugged after he gave him the car, with the kind deed having a profound impact on both men. Ritter took to Facebook to say he had “cried four times” since watching the segment about his kind deed — and he also got emotional during the interview itself.

“I didn’t know how important this car was for this guy until I watched it on tv!! Wow!!” he said on Facebook. “I want to bring awareness to everyone can help [t]hose in need on a smaller scale!!”

As for Lengeni, he is elated that he’ll now be able to spend more time with his 7-year-old son and family and less time biking to and from work.