Ray Comfort on So You Want a ‘Sign’ from God? 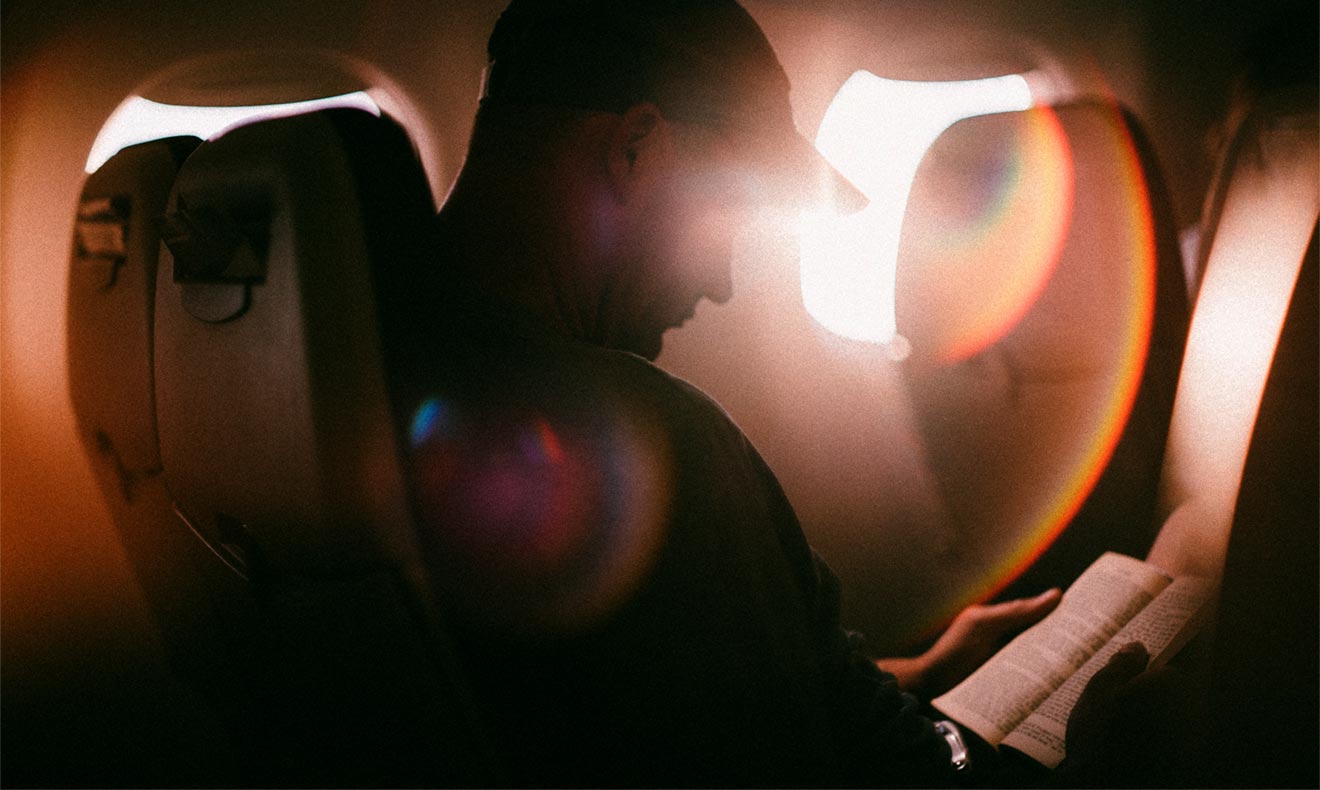 Tony sat patiently on the “red-eye” flight and passed the long hours of the night by reading a Bible that his wife had given to him a few hours earlier. She had convinced him that he had sinned against God by violating the Ten Commandments. What she said was true. Tony had broken the Commandments. He had lied and stolen, and he knew that if he stood before God on Judgment Day he was in big trouble. The words of Jesus echoed in his mind: “Whoever looks upon a woman to lust after her, has committed adultery already with her in his heart.”

The opened pages brought back a flood of childhood memories from his days at Sunday school. He remembered a number of Bible stories. Of course, there was the one about Jesus dying on the cross for our sins, and rising on the third day. Then there was the story that put the fear of God in Tony as a child. It was the narrative of the man who ignored the things of God and instead stored up treasures on earth. God said to him, “You fool. Tonight your soul shall be required of you.” Others stories such as Adam and Eve, David and Goliath, Moses and the Red Sea, and Daniel and the Lion’s den came to mind as well.

His wife had also insisted that he needed the Savior. She warned, “If you die without Jesus Christ, you will face the Law that you have broken, and it will be harsher than the law of gravity. You must repent, and trust Jesus…like you would trust a parachute to save you.”

A Head Full of Questions

Tony had a dilemma. How could he know if the Bible was true? Who wrote it? Was it written by God or by men? Could he trust its words? He glanced at two gospel tracts his wife had put into the Bible. One was titled, “Scientific Facts in the Bible.” It listed about a dozen scientific facts that were written in the Scriptures thousands of years before man discovered them. That didn’t impress Tony at all. He wanted concrete evidence. The other publication was called “The Bible is Full of Mistakes.” Despite the title, the tract actually listed biblical “signs” of the end of the age. These signs were said to be earthquakes, famines, violence, diseases, lawlessness, wars, occult interest, the increase in travel and in knowledge, and a number of other things. As he glanced over the “signs,” Tony mumbled, “These have always been around.”

There was one prophecy that did impress him though. It was the one about the Jews obtaining Jerusalem. In 1967, the Jews regained Jerusalem for the first time in 2,000 years. This was an event that Jesus said would take place as a sign of the end of the age. It was interesting, but it wasn’t enough. He wanted to know who actually wrote the Bible and whether or not he could trust it. Was it indeed “written by God” as it so often claimed to be, or was it simply written by men?

Another thought that his wife had mentioned was that God had deliberately filled the Bible with stories that would be offensive to anyone with a proud heart. His purpose in doing this was so that all who came to Him for salvation would have to come through the lowly door of humility; God “resists the proud, and gives grace to the humble.” As Tony sat contemplating these thoughts, he admitted that there was a common thread throughout the Bible, from Adam and Eve, to David and Goliath, to Jonah and the whale, to Daniel and the lion’s den, to Noah and the Ark, to Samson and Delilah, to Jesus being born in a stable, and walking on water.

Anyone with any intellectual dignity would never stoop to believe such trite fairy tales. “Stoop” was the operative word. To believe in the Bible one would certainly have to come down a notch or two. If that was indeed what God had done, the words of Jesus did then make sense: “I thank You, Father, Lord of heaven and earth, that You have hidden these things from the wise and prudent and have revealed them to babes” (Matthew 11:25).