Floodgates of Heaven church in Orlando, Florida is ‘devastated’ after pastor Sylvester Ofori shoots his wife dead outside of her job

Click here to watch a video of the 1st Wedding Anniversary of Pastor Sylvester and First Lady Barbara Ofori.

ORLANDO, Fla. – Orlando police say the husband of a woman shot and killed outside of a Navy Federal Credit Union on Tuesday has been charged with first-degree murder in her death.

It happened on Gardens Park Boulevard near the Mall at Millenia in Orlando.

Authorities say the victim was an employee at the credit union. She’s been identified as Barbara Tommey, 27.

Investigators say she was shot and killed near the front door of the bank by her husband, Sylvester Ofori, 35. In an update on Wednesday morning, police said the two had been going through a divorce and she was no longer living with him.

After officials spent hours looking for Ofori following the shooting, a search warrant was served at his apartment and he was taken into custody. 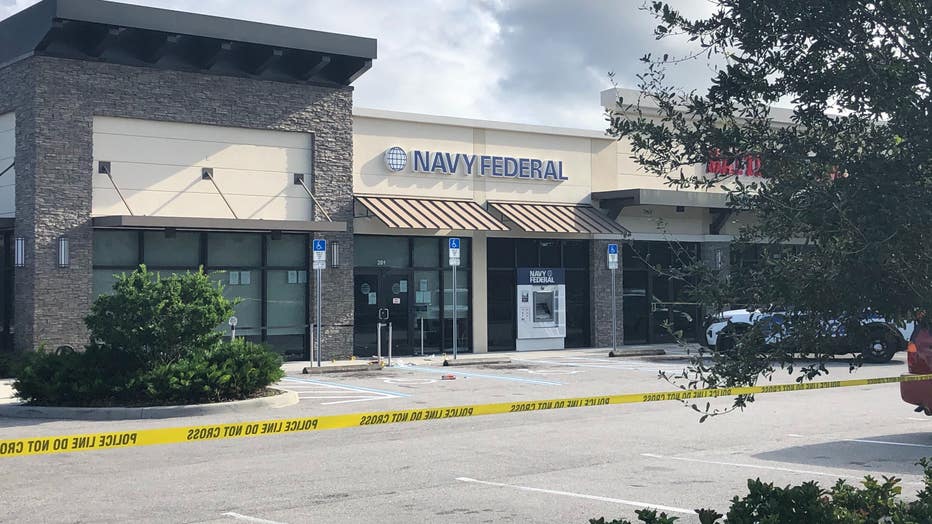 Police have not released a motive in the killing.

The Navy Federal Credit Union released a statement on the shooting:

“This morning, a team member was fatally injured during an act of violence outside our Millenia branch, by a man she knew, according to the police. Our thoughts are with our team member’s family. Our number one priority is keeping both our members and team members safe. We will ensure all team members at the branch are provided with the support they need during this time. Any further information can be provided by the Orlando Police Department.”

A Ghanaian pastor has been arrested on a murder charge after Orlando police say he shot and killed his 27-year-old wife outside her job at the Navy Federal Credit Union near the Mall at Millenia Tuesday morning.

Barbara Tommey was shot several times by her husband, Sylvester Ofori, near the business’ front doors on the 4600 block of Gardens Park Boulevard just before 9 a.m., an Orlando Police Department spokesperson said. Tommey was an employee of Navy Federal Credit Union, the spokesperson said.

Ofori, 35, was taken into custody at his apartment Tuesday evening, the OPD spokesperson said. He is being held at the Orange County Jail without bond on a charge of first degree murder with a firearm.

During a press conference Tuesday morning, Chief Orlando Rolón said the shooting was captured on video.

“You can tell that she was surprised by what was happening,” he said.

Word of Ofori’s arrest reached African news outlets, as he is a pastor at Floodgates of Heaven International Ministries, a church based in Parramore. Calling himself a prophet and motivational speaker, Ofori’s ministry has reached tens of thousands of people. His Facebook page has more than 60,000 followers and the church’s page has about 5,600.

A day before the shooting, a photo was posted to his page with the words, “One thing ppl gotta understand about extremely kind, nice, loving people is that their other side is just as EXTREME.”

Hundreds of people responded to the post after news broke of Tommey’s killing, some with prayers for her to rest in peace, others with anger or disbelief about what Ofori’s was accused of doing.

“This was a false prophet,” one commenter wrote. “God warned y’all about false prophets. [T]his guy deserves every pain he gets.”

Tommey is often mentioned on social media posts and by followers as Ofori’s “first lady.”

Few details surrounding the shooting have been released. Investigators during a Wednesday morning press conference did not release a motive or say whether there was a history of domestic violence of which OPD was aware, citing an active investigation.

[Popular on OrlandoSentinel.com] Tropical system near Florida has increased odds of development, as hurricane center monitors 5 other tropical events »

“The background story and previous dealings with them, be it through our calls for service should there have been any or any previous incidents between them will be identified at a later time,” Detective Matthew Rogers said.

Rogers added Tommey and Ofori were in the middle of a divorce and she hadn’t lived at the apartment they shared for months. No records documenting their divorce could be found. The couple were married in September 2015, according to a marriage license.

Court records show Ofori hadn’t been previously arrested for domestic violence in Orange County, but was arrested in February 2016 by a deputy who saw him and Tommey arguing in a gas station parking lot.

He was charged with resisting without violence after insisting he be taken to jail, according to an affidavit.

The case was later dropped.