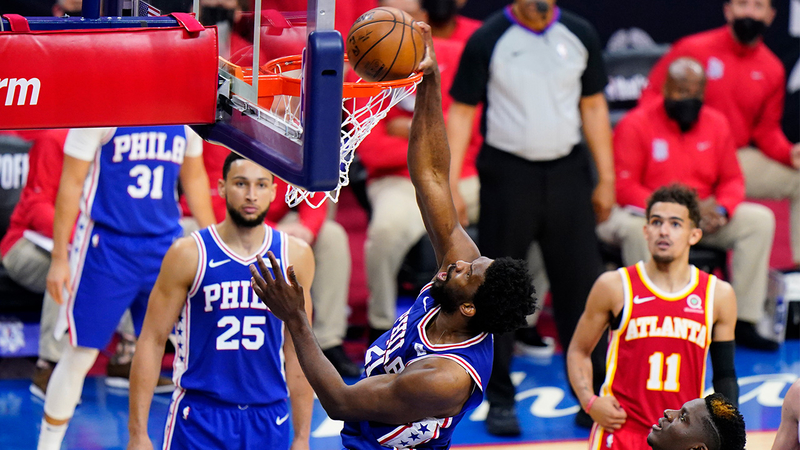 “Whatever happens, get back up and keep it going,” says Joel Embiid of the Philadelphia 76ers. He kept falling but he also getting getting back on his feet. The 76ers now in a 2-1 lead in the Eastern Conference semifinal series, beat the Hawks 127-111.

“I think their size has had an impact on this series,” Hawks coach Nate McMillan said. “They just pretty much pounded us in the paint tonight.”

“He’s playing hard,” said 76ers coach Doc Rivers referring to Embiid. “He’s giving us everything. … He is going through a lot, I’ll tell you that.”

Game 4 is Monday night in Atlanta.