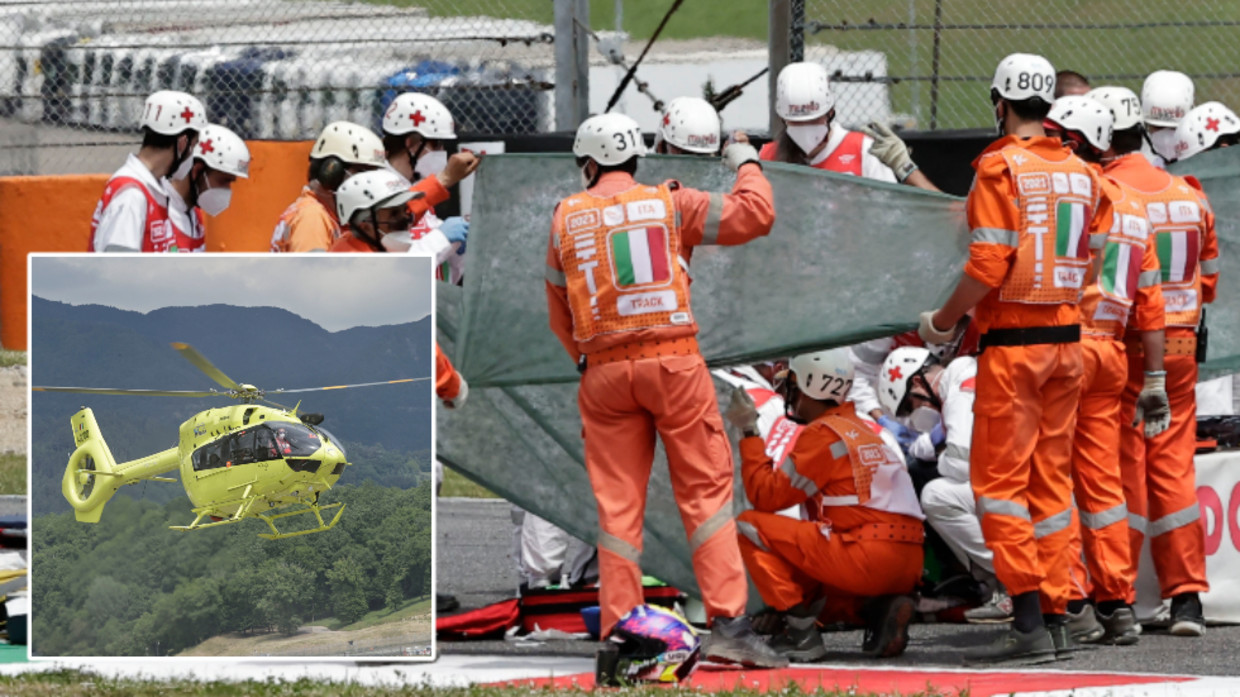 Dupasquier, 19, was struck by another bike after falling and slid along the track in an incident that saw the session at Mugello, Italy red flagged.

He was still being attended to by medics on the circuit over half an hour after the incident, before being flown to hospital.

Organisers said that he was “taken to hospital in Florence to undergo tests”.

World championship MotoGP leader Fabio Quartararo, who claimed his fourth consecutive pole of the season at the Italian Grand Prix and set a lap record, later dedicated what he hailed as “the best lap” of his career to Dupasquier.

“I hope he’s okay. I’m praying for him and his family,” said the Frenchman.