IT IS REPORTED THAT THE NATIONAL ASSOCIATION OF EVANGELICALS LOBBIED SENATORS TO SUPPORT THE PRO-HOMOSEXUAL “DIS-RESPECT FOR MARRIAGE ACT.” 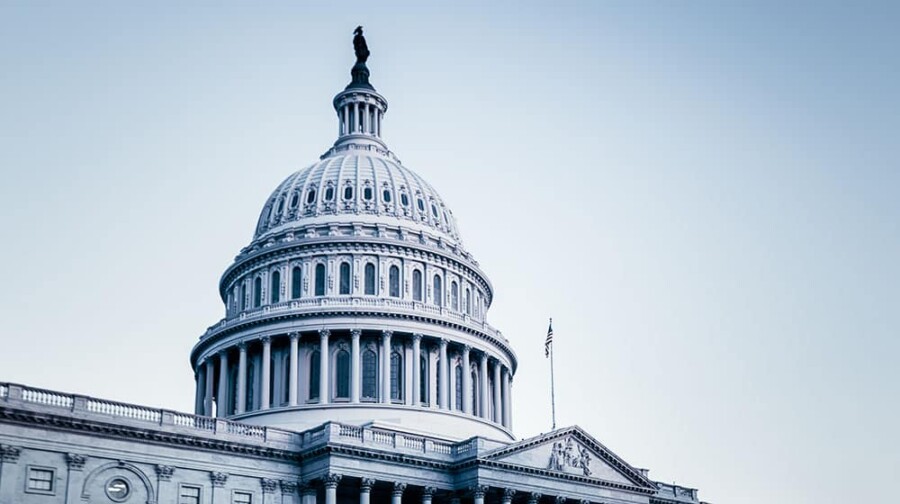 IT IS REPORTED THAT THE NATIONAL ASSOCIATION OF EVANGELICALS LOBBIED SENATORS TO SUPPORT THE PRO-HOMOSEXUAL “DIS-RESPECT FOR MARRIAGE ACT.”  Daniel Whyte III, president of Gospel Light Society International, says, and yet, there is silence from many well-known, popular so-called evangelical leaders. Obviously, some are Judases and have been paid 30 pieces of silver. This is WOKEISM: The BLOB OF BEELZEBUB at work, which is the title of a sermon series that Whyte has been preaching on for over twenty days in a row.  Whyte believes WOKEISM, which he has renamed DECEPTIONISM, is described very clearly in 2 Timothy 3, and in this particular case, the word “TRAITOR” comes to mind from that passage. According to the Merriam Webster Dictionary, a “traitor” is “one who betrays another’s trust or is false to an obligation or duty”; “one who commits treason.” All of these people who have lobbied for and supported this damnable, misnamed policy is guilty of the greatest betrayal against Jesus Christ since Judas, and they are guilty of treason against God’s Heaven. Whyte calls on Walter Kim, president of the National Association of Evangelicals, and Ed Stetzer, who serves on the Executive Committee, to resign posthaste.

In The National Association of Evangelicals Fiddles While Healthy Breasts Burn, we previously explained how the group has become increasingly entrenched in their recalcitrance and pitiful in their irrelevancy.

Led by Walter Kim and having Ed Stetzer on their Executive Committee, the lobbying group that represents tens of thousands of churches from over 40 denominations recently demonstrated their lack of representation by supporting a legislative initiative called Fairness for All, which sought to codify sexual orientation and gender identity as protected classes, adding them to federal nondiscrimination laws. This is in addition to a thousand other progressive cuts and hot takes perfectly by their newly released blockbuster report Loving the Least of These.

Recently, Kim wrote to Senators Tammy Baldwin and Susan Collins seeking to squeeze them into supporting the Respect for Marriage Act, a brutish misnomer of a name if there ever was one. 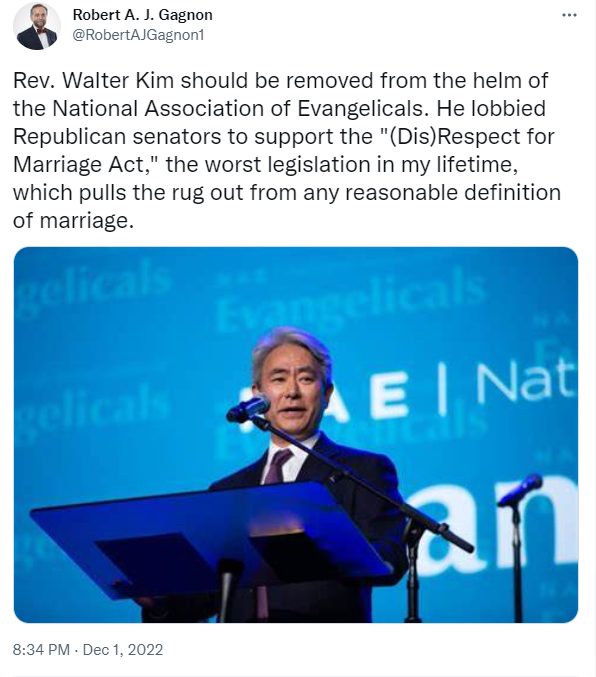 According to the Hill, the bill would “require the federal government to recognize a marriage if it was valid in the state where it was performed and guarantee that valid marriages are given full faith and credit in other states.” while also protecting religious groups from being forced to accommodate them (even though it won’t do the latter at all.)

Kim called the legislation “important, commonsense provisions” and thanked the politicians for “diligently working to ensure the inclusion of important religious freedom protections” in the act.