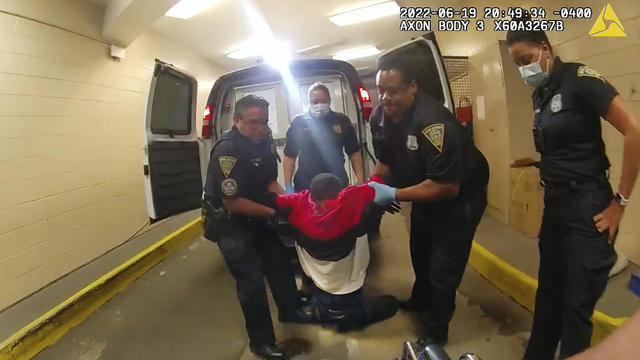 Five Connecticut police officers were charged with misdemeanors Monday over their treatment of a Black man after he was paralyzed from the chest down in the back of a police van.

Randy Cox, 36, was being driven to a New Haven police station June 19 for processing on a weapons charge when the driver braked hard, apparently to avoid a collision, causing Cox to fly headfirst into the wall of the van, police said. The incident was caught on video.

As Cox pleaded for help, saying he couldn’t move, some of the officers mocked him and accused him of being drunk and faking his injuries. Then, the officers dragged him by his feet from the van and placed him in a holding cell prior to his eventual transfer to a hospital.

“It made me sick to my stomach, to treat somebody like that,” Cox’s sister, Latoya Boomer, told CBS News.