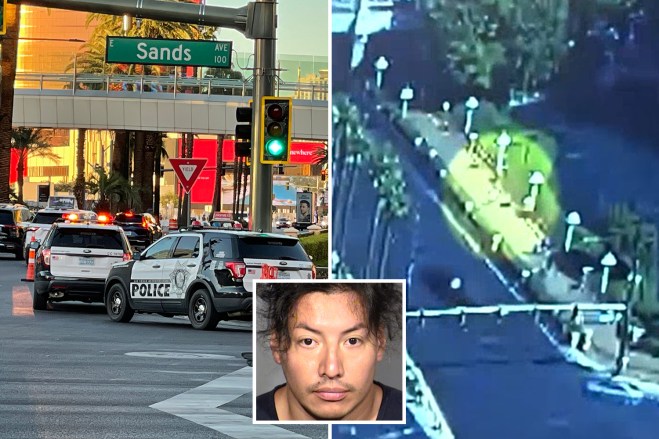 TWO people are dead and six others wounded after a suspect with a large knife attacked a group of showgirls in Las Vegas, witnesses claim.

The violent stabbings unfolded near the Wynn Casino and the Resorts World Casino on the Las Vegas Strip on Thursday morning.

Cops have arrested Yoni Barrios, 32, on two counts of open murder with a deadly weapon.

He is also accused of six counts of attempted murder.

Deputy Chief James LaRochelle said: “All the evidence indicates Barrios acted alone,e and there are no outstanding suspects at this time.”

Two of the eight people stabbed were found dead at the scene.