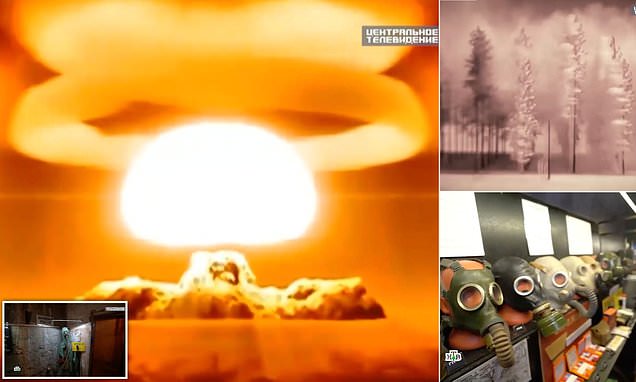 Russian media has shown a chilling sequence of mushroom clouds ‘in anticipation of nuclear conflict’ amid calls for Putin to ‘take drastic measures’ to win in Ukraine.

The slavish channel is owned by the media wing of Gazprom, the Kremlin-obedient energy giant which is now starving the West of Russian gas for the coming winter.

The sequence was titled: ‘In anticipation of nuclear conflict – how weapons of mass destruction have become part of the geopolitical game.’

It comes as a top Putin lieutenant Ramzan Kadyrov – the leader of Chechnya and a war fanatic – called on Putin to contemplate ‘declaring martial law in the border territories and using low-yield nuclear weapons’ to overcome his latest military humiliations in Ukraine.