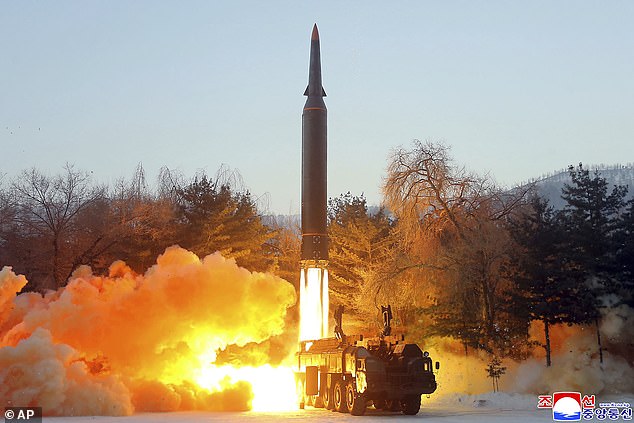 North Korea has fired a ballistic missile towards the Sea of Japan, South Korea’s military claimed, just one day before U.S. Vice President Kamala Harris is due to visit the demilitarised zone (DMZ) between the two nations.

South Korea’s Joint Chiefs of Staff said the missile was fired from North Korea into its eastern waters – the second missile launched by the pariah state in four days – but gave no additional details.

Since the beginning of 2022, North Korea has dialled up its testing activities to a record pace – testing more than 30 ballistic weapons, including its first intercontinental ballistic missiles since 2017 – as it continues to expand its military capabilities.

But today’s missile launch was executed less than 24 hours before Vice President Harris becomes the first senior official from President Joe Biden’s administration to visit the DMZ tomorrow – a trip that U.S. and South Korean officials said is aimed at underscoring the alliance between Seoul and Washington in the face of any threats posed by North Korea.

The U.S. and South Korea are currently participating in joint naval military drills which they insist are purely defensive, but North Korea sees them as rehearsals for an invasion.

It comes as South Korea’s spy agency warned the North has completed preparations for a nuclear weapons test, naming a three week period from October 16 – November 7 as a possible window for its execution.

This would be the North’s first nuclear test since 2017 and would mark a bleak milestone in an ongoing stalemate between Pyongyang, Seoul and Washington’s nuclear diplomacy.