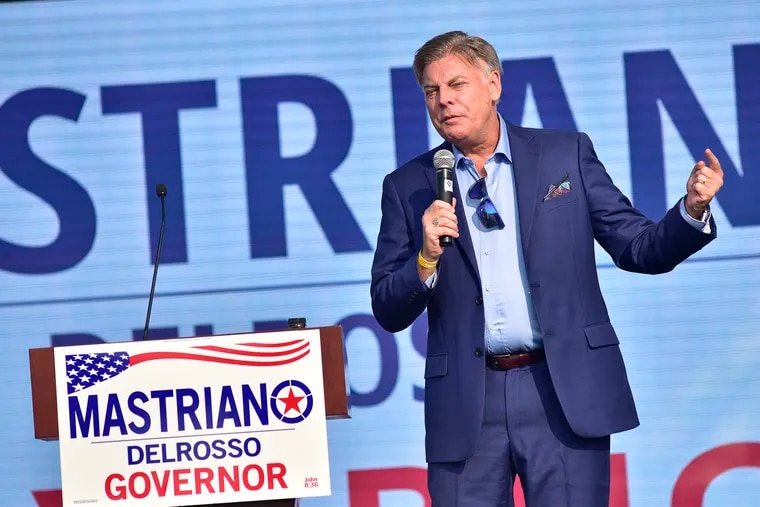 Five years before Lance Wallnau joined Republican gubernatorial candidate Doug Mastriano on the campaign trail, the Texas evangelist told his audience in a live-streamed video about how an “anointed cake” baked by prostitutes once resulted in a gay man becoming heterosexual.

“Now, I’m not saying this is going to work for you,” he says in the video, before recalling a story he’d heard of “hookers” in a bar transforming its “very adamantly anti-Christian” proprietor.

“The power of God hit him while he was eating the cake,” Wallnau said in the clip, first reported by the Dallas Morning News in 2017.

That same year, Wallnau, a self-styled Christian prophet whose stump speech for Mastriano blew up on Twitter over the weekend, posted another outlandish rant online, explaining his theory that the Women’s March on Washington and protests of Donald Trump’s inauguration were manifestations of “the spirit of Jezebel.”

“It’s a witchcraft that’s operating behind this stuff … and it’s clearly the work of the devil,” he said.

In 2019, Wallnau made news as a “prayer coin” huckster who claimed God told him that selling coins would help Trump get reelected. The coins — for $45 each — featured images of Trump and King Cyrus.

“When I asked the Lord, ‘Why the coin?’ The Lord said, ‘Because when you take the coin, it’s a point of contact,’ ” Wallnau said during an online sales pitch.,

Wallnau, who grew up in Pennsylvania, recently became interested in Mastriano, who is running a Christian nationalist-themed campaign that has attracted a growing network of self-described prophets, conspiracy theorists and election deniers. Mastriano, a retired Army colonel, has largely welcomed their support. Some are helping with his campaign.