Putin’s Officials in Ukraine Are Being Assassinated 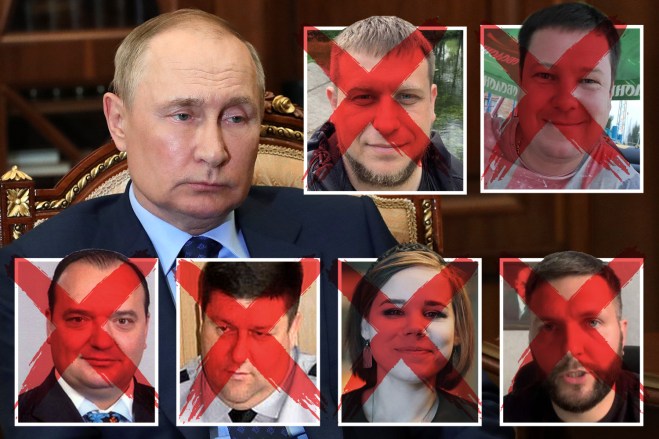 UKRAINE’S resistance movement has one message for Putin and his stooges in Russian occupied parts of their country – you’re never safe even in your bed.

Recent weeks have seen an upsurge in targeted assassinations of officials who have been shot, blown up and poisoned for working with the hated invaders.

It comes as Ukrainian and Russian assassins race to take Putin out before he escalates his unwinnable war.

Putin faces a “double whammy” of threats from his inner circle who are believed to be secretly calling for his head, experts claim.

They accuse the Russian tyrant of being behind the grisly death of far-right journalist Darya Dugina in Moscow last week.

The Kremlin accused Kyiv of masterminding the attack on Russian soil and claimed they used a glam Ukrainian spy, her young daughter, and a Mini Cooper to carry it out – allegations its secret services have strongly denied.