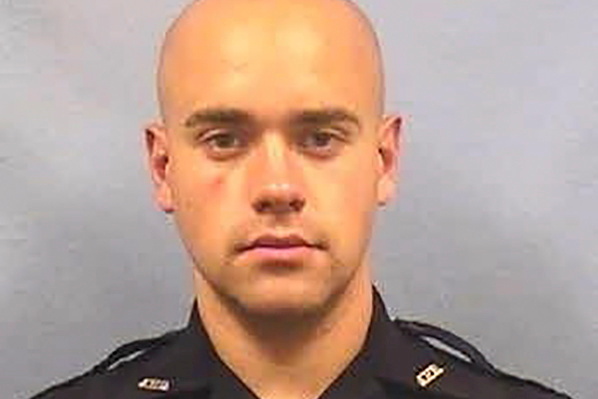 A special prosecutor will not pursue criminal charges against a white Atlanta police officer who fatally shot a Black man outside a fast-food restaurant in 2020, saying on Tuesday that the use of deadly force was justified.

Officer Garrett Rolfe shot the 27-year-old man, Rayshard Brooks, while he was running away from police and resisting arrest. He had taken a Taser from a second officer, Devin Brosnan, and attempted to fire the device at him.

The special prosecutor, Peter Skandalakis, said Rolfe was justified in shooting Brooks because the Taser could be considered as a deadly weapon in such circumstances and the suspect was threatening the officers with physical violence.

“Based on the facts and circumstances confronting Officer Rolfe and Officer Brosnan in this case, it’s my conclusion that the use of deadly force was objectively reasonable and that they did not act with criminal intent,” Daniel Porter, a former Gwinnett County district attorney who took part in the review, said during a presentation of the finding.

The incident, which took place about two weeks after the killing of George Floyd in Minneapolis, exacerbated outrage over law enforcement’s use of excessive force against people of color. During the days of protests that followed, the Wendy’s restaurant where Brooks was shot was burned to the ground.

The decision to charge them before the Georgia Bureau of Investigation completed its investigation led to accusations that Howard, who was up for re-election, was acting out of political expedience.

Howard was eventually defeated at the polls and his successor was recused from the case, leading to the appointment of Skandalakis as a special prosecutor to review the evidence.

With special prosecutor’s decision, the charges against Rolfe and Brosnan were dismissed.

The confrontation unfolded when the two officers responded to complaints that Brooks had fallen asleep in the drive-thru lane of the restaurant.

After a struggle, police say Brooks engaged in a physical altercation with the officers. He was able to wrested away one of their Tasers and fired it the officer as he fled, defying their orders to stop. Rolfe then Brooks twice in the back.

Rolfe was fired days after the shooting by then-Mayor Keisha Lance Bottoms, but a year later, he was reinstated and put on administrative leave after the Atlanta Civil Service Board ruled he was improperly dismissed.

Brosnan was placed on administrative leave after the incident.