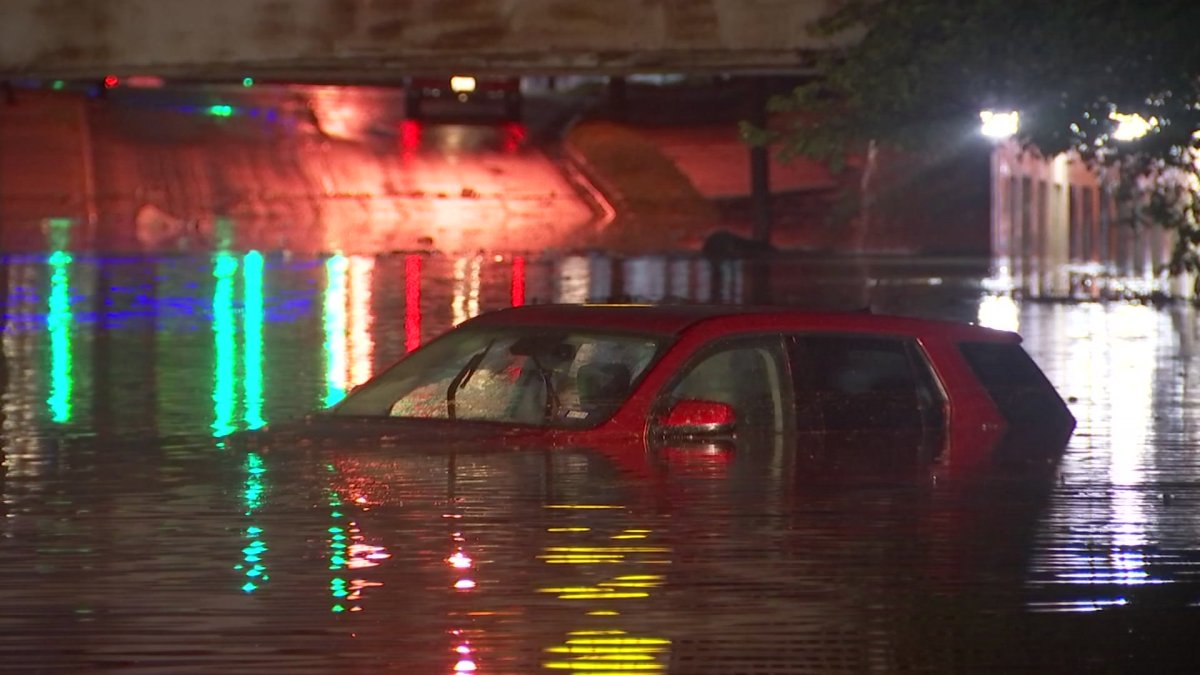 The Dallas/Fort Worth metroplex was overtaken by a slow-moving thunderstorm late Sunday night into Monday, resulting in a rain event that established the area’s highest 24-hour precipitation total in nearly 90 years, leaving one dead and prompting a barrage of flash flooding and subsequent water rescues.

Throughout the day on Monday, the city was all but brought to a standstill as officials urged motorists to stay off the roads and carried out rescues of those whose vehicles were caught in the floodwaters. Monday evening, Dallas County Judge Clay Jenkins reported that a 60-year-old woman was killed when her vehicle was swept away in the flooding. Meanwhile, tens of thousands were without power for a time on Monday and air travel at local airports was disrupted.

The heavy rain began under the dark of night on Sunday. Flash flood warnings issued in parts of Dallas late Sunday quickly gave way to nearly 10 inches of rain in a short period near the downtown area, creating submerged roadways and forcing water rescues throughout the area.

Rainfall continued well into Monday, with the total 24-hour rainfall of 9.19 inches as of 2 p.m. local time noted as the second-highest total ever and the most since September 1932, according to the National Weather Service (NWS).

From Sunday afternoon to 7 a.m. local time Monday, Dallas-Fort Worth International Airport measured 7.03 inches of rain. This is more rainfall than the combined period from May 1 through Aug. 20, which produced just 6.53 inches of rain. Dallas typically gets 8.2 inches of rain over the summer.