Here We Go: 80-Year-Old Lady Protests Trans Employee in YMCA Women’s Shower, Gets Banned from Pool and Heckled by Activists 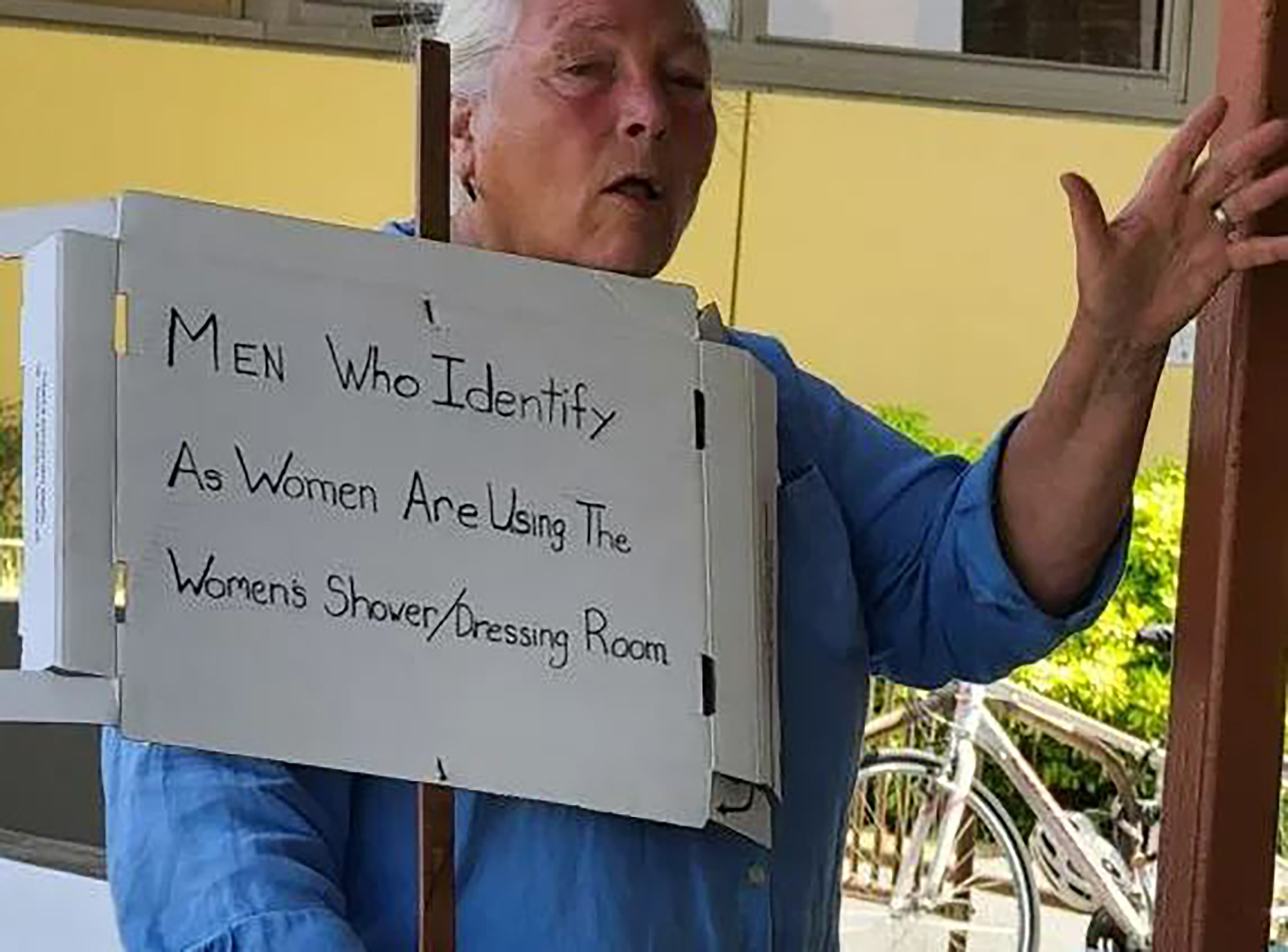 An elderly Washington state woman who was permanently banned from her local YMCA pool after telling a transgender employee to leave the women’s locker room was harassed by transgender activists at a rally Monday night.

A post by Reduxx Magazine reveals trans activists were screaming “trans rights are human rights” at Julie Jaman of Port Townsend in a video of the incident. The video was tweeted by the Reduxx account.

Amy Sousa of RevFoxxUSA, the organizer of the event, told Fox News “that if it weren’t for the wall behind the backs of Jaman’s supporters, ‘Some real violence would have happened’.”

All kinds of men were assaulting us and crawling between our legs,” she said. “They continued to move in on us closer and closer until we were pinned against the wall. They were touching us and stealing our things, trying to turn off our sounds, trying to disrupt our equipment.”

Sousa said at least one member of the group was planning on filing assault charges with local police stemming from the incident.