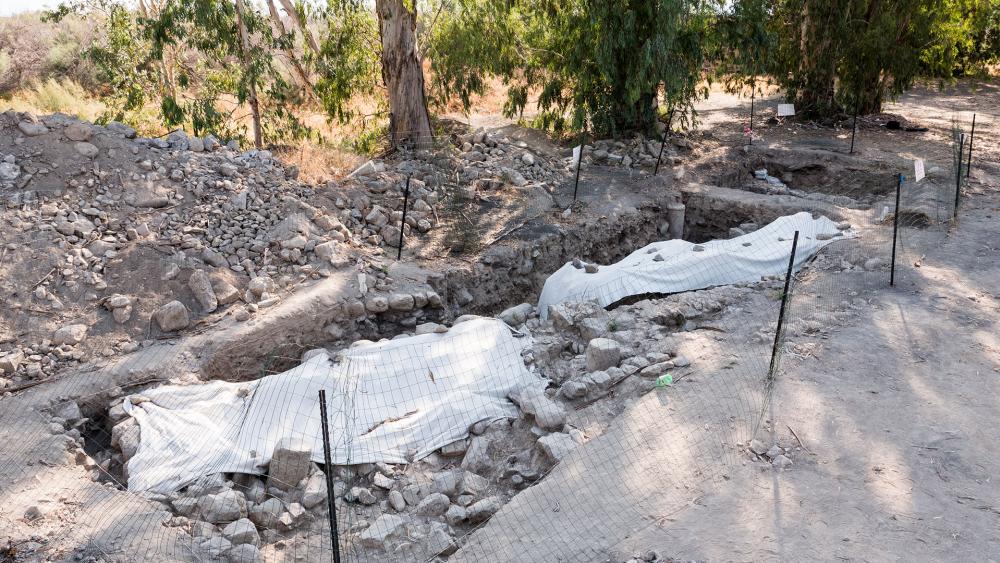 JERUSALEM, Israel – A team of archaeologists has discovered an inscription near the Sea of Galilee that points to the Apostle Peter and his role as one of the leaders of the early Church.

The team, led by Prof. Mordechai Aviam and Prof. Steven Notley, unearthed the Greek inscription during excavations at the Church of the Apostles in what is believed to be ancient Bethsaida. As CBN News previously reported, experts believe this Byzantine-era basilica was built over the home of Jesus’ disciples Peter and Andrew.

The inscription reads “Constantine, the servant of Christ,” and continues with a petition for intercession by Peter, “chief and commander of the heavenly apostles.” The words are framed by a round medallion and form part of a larger mosaic on the church’s floor.

According to excavators, the title “chief and commander of the heavenly apostles” was frequently used by Byzantine Christians to refer to Peter.

“This discovery is our strongest indicator that Peter had a special association with the basilica, and it was likely dedicated to him. Since Byzantine Christian tradition routinely identified Peter’s home in Bethsaida, and not in Capernaum as is often thought today, it seems likely that the basilica commemorates his house,” Notley, the academic director of the dig, said in a statement.