The chatter around ‘Church Girl’ has been anything but holy, placing the popular Beyonce ‘Renaissance’ song at the center of ongoing controversy.

Since the song’s July 29 unveiling, some critics have slammed its use of the 1981 Clark Sister classic ‘Center of Thy Will’ as the center of its sample – a feat of particular note as the subject matter of ‘Will’ is certainly not that of ‘Church.’

Because the writer of ‘Center,’ lead Clark Sister Twinkie Clark, gave use of the sample two thumbs up, she and Bey were the center of a headline-grabbing denunciation by President and CEO of the Upper Room COGIC Patrick Wooden (as we reported here).

Look inside to see his commentary which received a co-sign from Beyoncé’s mom, Tina Knowles-Lawson. 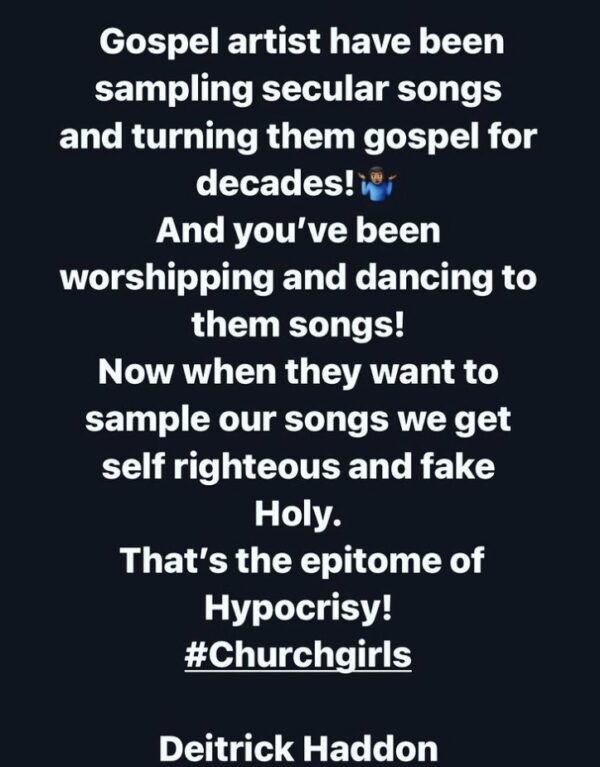