(RNS) — “Let our people go!” reads a statement shared over the weekend by the Wesleyan Covenant Association, a network of theologically conservative United Methodists.

While the phrase might be borrowed from Moses in the Book of Exodus, the WCA is not exactly calling for a series of escalating plagues.

Nevertheless, the outcry is not without threat.

The organization is calling for churches to stop paying dues, or apportionments, to regional annual conferences it believes are making disaffiliation for churches difficult to impossible amid the United Methodist Church’s slow-moving schism, largely over the ordination and marriage of LGBTQ members.

Those apportionments, determined by each annual conference, fund bishops’ salaries and support the work of the mainline Protestant denomination around the world.

“I think as long as a church continues to send money to the people who are holding them captive and not allowing them to disaffiliate under fair terms, they’re continuing to fund the misbehavior — and it’s time to stop doing that,” the Rev. Jay Therrell, president of the WCA, told Religion News Service.

Therrell announced Friday (Aug. 12) that the association was calling on conservative members of United Methodist churches to lead their church councils to immediately begin withholding apportionments from 19 of the denomination’s 53 annual conferences.

Members of other annual conferences wishing to show their solidarity should consider withholding their apportionments to the denomination’s episcopal fund, which pays its bishops, according to Therrell’s statement.

The WCA president wrote that the 19 annual conferences are adding “onerous and punitive requirements” to disaffiliation provisions in the denomination’s rulebook, the Book of Discipline. He told RNS such efforts range from requiring churches to pay more than two years of apportionments to requiring them to complete a six-month discernment period before they can move to disaffiliate. 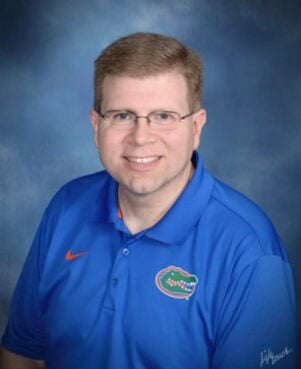 “We would simply ask them to follow the golden rule: to treat these churches that wish to disaffiliate the way they would want to be treated if they were trying to disaffiliate,” Therrell said.

The Book of Discipline allows through 2023 for churches wishing to leave the denomination over its stance on sexuality to take their properties with them after paying two years of apportionments and pension liabilities. Those provisions were added to the Book of Discipline by General Conference delegates in 2019 alongside legislation called the Traditional Plan that strengthened the denomination’s language barring the ordination and marriage of LGBTQ United Methodists.

“For the past two years, progressives have waged a campaign of cherry picking the provisions of The Book of Discipline they will follow while insisting that departing theological conservatives meet the extreme letter of the law. The adage of, ‘Rules for thee, but not for me,’ comes to mind,” Therrell wrote.

Delegates were set to consider a proposal to split the denomination at the 2020 General Conference meeting. The proposal, which still could be considered at the 2024 General Conference, would allow churches to disaffiliate with their properties to form new conservative expressions of Methodism.

Some churches already have been withholding apportionments to the denomination, Therrell said.

“In many ways, the WCA is catching up to where a lot more local churches have already been,” he said.

He called the move “biblical,” saying, “Nowhere in Scripture are Christians called to support a church that is trying to harm its own people.”

Bishop Thomas J. Bickerton, president of the United Methodist Council of Bishops, told RNS he was disappointed by the WCA’s call to withhold apportionments. That money not only goes to the denomination’s bishops and general agencies, according to the United Methodist General Council on Finance and Administration website, but also to 11 historically Black colleges and universities, Africa University and ecumenical work with other denominations. 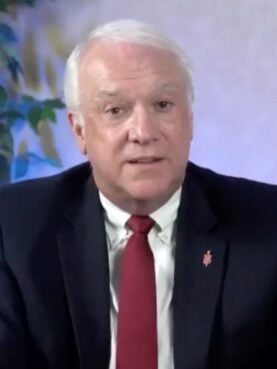 “Our apportionments represent the best way for the United Methodist Church to be connected in mission and ministry across the world, and when we’re not faithful to our apportionment payouts, it affects the most vulnerable people in the world who need the support that our church can provide through the apportionment dollars,” Bickerton said.

The bishop, who oversees the New York Episcopal Area, also said the Book of Discipline was clear that the first connectional responsibility of a local church is to pay its apportionments in full.

He admitted it’s a controversial time for the United Methodist Church.

In addition to the call to withhold apportionments, more than 100 churches are suing the Florida Annual Conference of the United Methodist Church to immediately disaffiliate from the denomination.

But, Bickerton said, the provisions in the Book of Discipline allow annual conferences to add requirements for churches wishing to disaffiliate by the Dec. 31, 2023, deadline. He doesn’t believe any are being punitive, he said, but rather contextual — all conferences are not the same.

The bishop said he hopes United Methodists will take the high road and “be the church that God’s called us to be.”

“I just believe that this is not a time for us to engage in these kinds of behaviors, but it’s a time for us to be careful and gentle and loving with one another, rather than being vitriolic and accusatory,” he said.