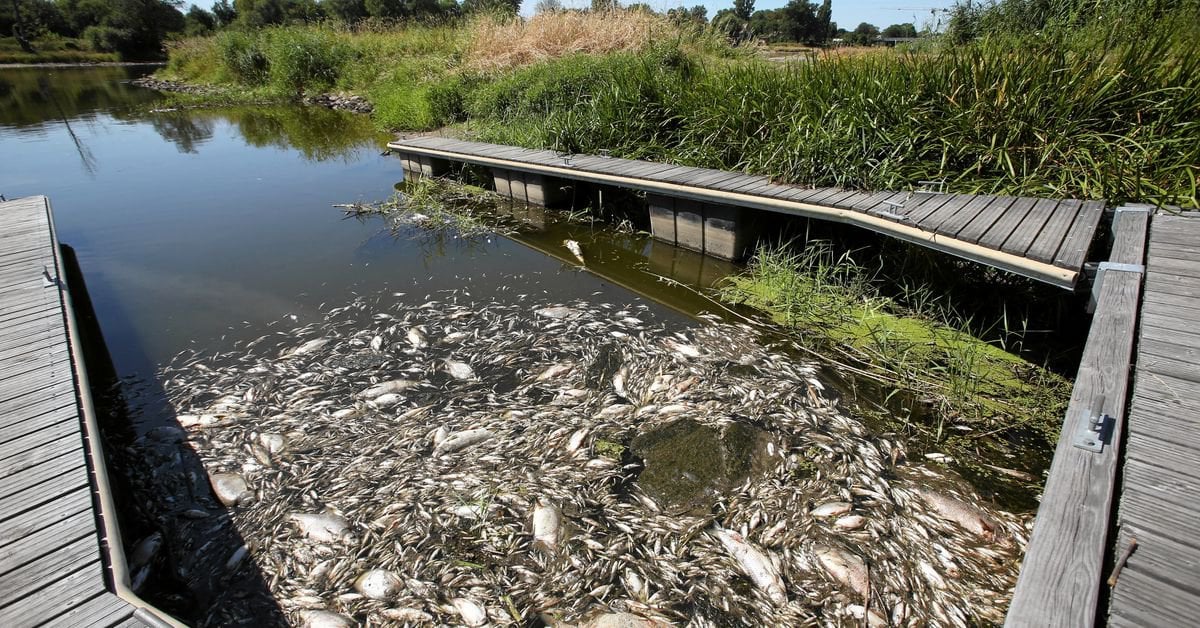 Polish and German authorities are working “flat-out” to establish the cause behind a mass fish die-off in the river Oder, German Environment Minister Steffi Lemke said on Friday, warning of an environmental catastrophe.

Tonnes of dead fish have been found since late July in the river Oder, which runs through Germany and Poland. Both sides have said they believe a toxic substance is to blame but have yet to identify it.

“An environmental catastrophe is in the offing,” Lemke told the RND newspaper group. “All sides are working flat out to find the reasons for this mass die-out and minimise potential further damage.”

“The scale of this pollution is very big. So big that the Oder may take years to return to a fairly normal state,” Morawiecki said in a regular podcast on Friday.

“It is likely that enormous amounts of chemical waste have been dumped into the river,” he said, adding those responsible would be held accountable.

Late on Friday Morawiecki fired the head of Poland’s national water management authority, Przemyslaw Daca, and the head of the general environmental inspectorate Michal Mistrzak, saying that their institutions should have reacted earlier.

A spokesperson for the German environment minister told a news conference on Friday that they were following the situation closely, and that it was not yet clear what had got into the water.

“We have an incomplete picture,” the spokesperson said. “We need clarity on what materials are in the water.”

Green activists and opposition politicians have criticised the Polish government for not responding quickly enough to the danger and failing to alert Poles to avoid bathing and angling in the river that has been contaminated since late July.

Germany has also grumbled over Poland’s response: Brandenburg environment minister Axel Vogel had earlier said “chains of communication between the Polish and German sides did not work in this case”.

Earlier Friday, Daca said the situation was serious and that by Thursday evening Poland had collected over 11 tonnes of dead fish.

“The problem is enormous, the wave of pollution runs from Wroclaw to Szczecin. Those are hundreds of kilometres of river, the pollution is gigantic,” he was quoted as saying by Polish Radio 24.

An analysis of river water taken this week showed evidence of “synthetic chemical substances, very probably also with toxic effects for vertebrates,” the German state of Brandenburg’s environment ministry said on Thursday, adding that it remained unclear how the substance entered the water.

According to local German broadcaster rbb, the state laboratory found high levels of mercury in the water samples.

Poland has detected mercury above normal levels in samples of Oder water from the province of Silesia, no traces of the poisonous metal were found in samples taken in the West Pomeranian, Lubusz and Lower Silesian provinces, Deputy Environment Minister Jacek Ozdoba told a news briefing late on Friday. Poland plans to set up a barrier on the Oder near the city of Kostrzyn to collect dead fish flowing down the river, with 150 Territorial Defence Forces soldiers delegated to help with the clean-up.