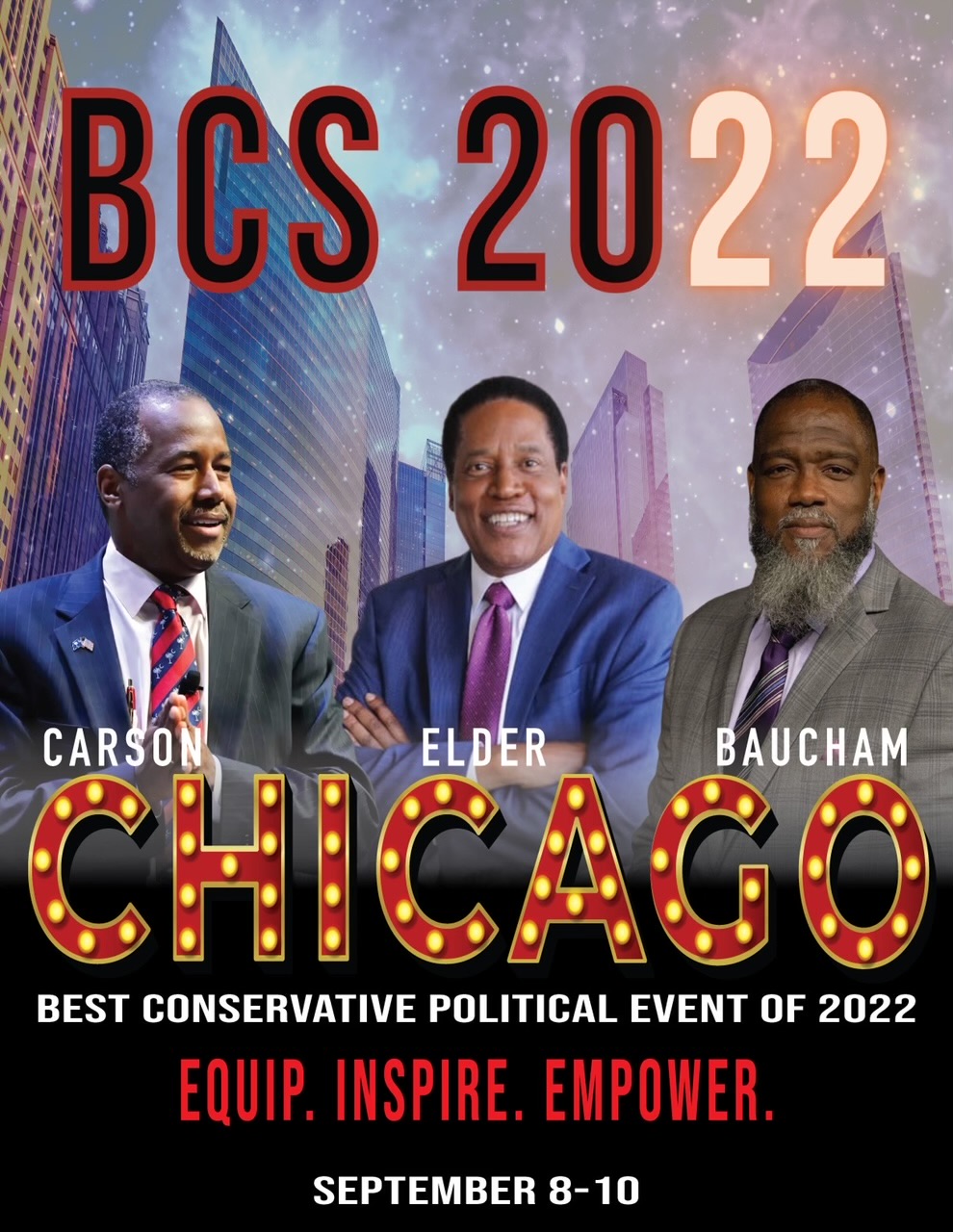 Uncle Tom II exposes what the filmmakers describe as “the Marxist strategy of creating false racial tension” between Americans — an attempt to tear the nation apart.

The fifth annual Black Conservative Summit — one of the largest gatherings of Black conservative leaders in the U.S. — kicks off with a star-studded film screening.

Registration for the summit is open to the public and the press.

The summit’s theme – “How to Fix Black America” – will serve as “a constant reminder that America is ‘one nation under God, indivisible,” said Dr. Eric Wallace, a Black scholar and former Republican candidate for the Illinois State Senate who co-founded Freedom’s Journal Institute (FJI), https://freedomsjournalinstitute.org, a faith-based public policy action group, with his wife Jennifer.

“Right now, race, gender, and new science are being weaponized to challenge the status quo of American values,” he said. “This radical liberal ideology is infiltrating our churches, our schools, and our socio-political institutions at every level.”

“The traditional, nuclear family in the U.S. – whether red, yellow, black, brown or white – is under attack from an extreme liberal agenda,” summit organizers claim. They cite Critical Race Theory (CRT), Black Lives Matter (BLM), and the promotion of unrestricted abortion and gender fluidity as major threats to the traditional family — and the cause of many problems facing Black communities.

“Many of the problems facing the Black community in America — including high crime and incarceration rates — stem not from racism; but from the rise of welfare and the disintegration of the traditional ‘nuclear’ family,” said Bob Woodson, founder of the Woodson Center.

Woodson will address “The Power of the Free Market Versus the Call for Socialism Today” on Sept. 9th at the Summit.

Sadly, the number of homes in America where the traditional or nuclear family consists of a married couple with children — currently 23.1 million homes — is the lowest since the late 1950s, according to the 2021 census.

However, “our earnest conviction is that many of the Black communities’ problems, as well as other communities, could be solved if we gave more attention to building strong and healthy families,” said Jennifer Wallace, who serves as FJI’s Senior Fellow for Marriage and Family Life and Director of Black Families Matter.

As hosts for the Summit, Dr. and Mrs. Wallace will address underlying issues such as a “conflict of visions” and the need for “strong family values,” respectively, among other pertinent topics addressed by confirmed speakers. Find the complete Summit agenda and list of speakers/topics here:

“We believe that in order to minimize Black confrontation with police — and reduce abortion clinic visits, school dropout rates, incarceration, and illicit drug use among Blacks — we must focus on combatting the dysfunction and disintegration of the Black family,” Jennifer Wallace said.

“The family serves as the center for social, educational, economic, and spiritual life to build strong bonds among the generations; and to pass on a way of life that has transcendent meaning,” she said. “Unless the Lord builds the house, we labor in vain.”

Disclaimer: The views and opinions expressed in this article are those of the authors and do not necessarily reflect the official policy or position of Religion News Service or Religion News Foundation.