Americans Endure Scorching Heat Amid a Summer for the Record Books 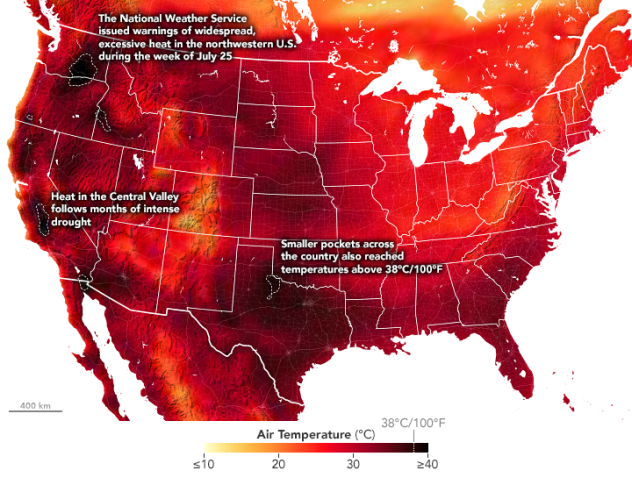 Many cities across the United States have never recorded levels of heat and drought like those of this summer. Large areas of the country experienced above-average temperatures, and in some cases, the extreme heat has been unusually sustained. Now, midway through the season, here are some of the places where summer has had Americans sweltering the most, according to an AccuWeather analysis.

Near-record warmth also covered locations from the Pacific Northwest to the south-central U.S., as well as across parts of the Northeast. Oregon had its fourth-hottest July on record, with Colorado, Florida, Louisiana, New Mexico, Oklahoma and Rhode Island sweltering through their top-five warmest Julys on record. Boston had its warmest first week of August on record when temperatures rose to almost 9 degrees above average.

As of Aug. 10, Oklahoma City had already had 19 days on which the temperature reached 100 degrees or higher days this summer — three more days than what has been recorded over the last five years combined. Summer is already proving to be much hotter there than in 2021, which didn’t record even a single triple-digit temperature throughout the whole year. And farther to the south, the heat stats are even more incredible.

Texas has felt the brunt of the heat, enduring its hottest July, May-July and April-July periods on record, according to data released by the National Oceanic and Atmospheric Administration (NOAA) this week. Houston, San Antonio, Del Rio and Austin are all experiencing their hottest summers on record, with temperatures as much as five degrees higher than a typical season. San Angelo, about 230 miles west of Austin, was in the midst of a 35-day streak with highs over 100 degrees.

San Antonio is on pace to shatter its all-time annual record for days on which the mercury has soared to 100 degrees or greater. As of Wednesday, that number stood at 57 days, a mark that has far surpassed the year-to-date record of 43 set in 2009 and was in striking distance of the record number of days for an entire year — 59. Not far away, a similar story has played out in Austin, which has notched 60 days with highs over 100 degrees so far this year.