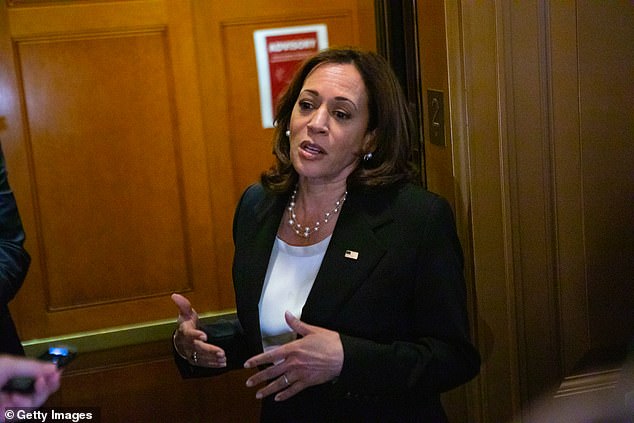 U.S. Senator Bernie Sanders said Biden’s Inflation Reduction Act of 2022 will not bring down rampant inflation and would only have a ‘minimal impact.’

After Vice President Kamala Harris broke a tie in the Senate to push the reconciliation bill through the initial hurdle in a 51-50 vote, lawmakers began debating the bill, with Sanders offering a realistic outlook over the measure.

‘I want to take a moment to say a few words about the so-called Inflation Reduction Act’ that we are debating this evening,’ Sanders, of Vermont, said on the Senate floor. ‘And I say so-called, by the way, because according to the CBO, and other economic organizations that study this bill, it will, in fact, have a minimal impact on inflation.’

The package, a dwindled version of earlier multi trillion-dollar measures that Democrats failed to advance, has become a partisan battleground over inflation, gasoline prices and other issues that polls show are driving voters.

It lists a sprawling collection of President Joe Biden’s priorities on climate, energy, health and taxes, but Sanders said it would do little for the average American dealing with the highest levels of inflation in 41 years.