Vatican Will Face UK Trial for First Time in History 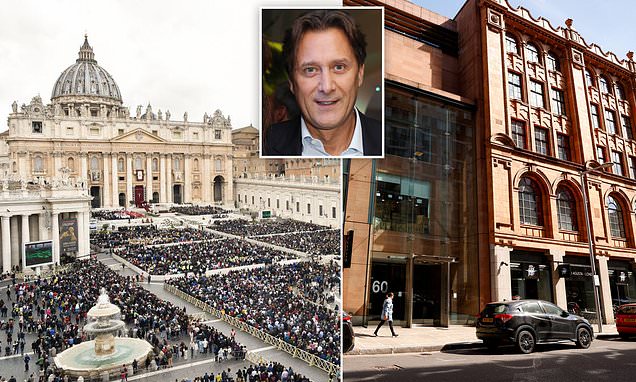 The Vatican is to face trial in English Courts for the first time in its 2,000 year history after it failed to prevent UK judges from probing a £124 million investment property deal it made with a British financier.

Raffaele Minicione, who holds both British and Swiss citizenship, was previously a financial advisor to the Secretariat in the Vatican, who personally advises the Pope and assists him with carrying out his duties.

He is accused by the Vatican of 10 criminal charges, including fraud, embezzlement and abuse of office dating back to 2014.

The Vatican state alleged he inflated the price of a property, 60 Sloane Avenue, when his companies sold it to the Vatican in 2018.

The property was sold by the Vatican on July 1 for £186 million, which represents a loss for them of around £140 million, insiders say.

But Mr Minicione denies the allegations and stands by the property valuation which he says was provided by independent experts. He also says the Vatican has provided no evidence of his alleged wrongdoings or of its monetary loss.

Mr Minicione wants to bring civil action in the UK in order to counter publicity and protect his reputation, court documents show.

Vatican lawyers argued that any UK hearing could interfere with criminal proceedings and ‘legitimate acts of a foreign state’.

But Mr Minicione has now won a significant victory in the Court of Appeal, which has agreed that English courts have the right to examine a property transaction and rule whether he and his company, WRM, acted in good faith.