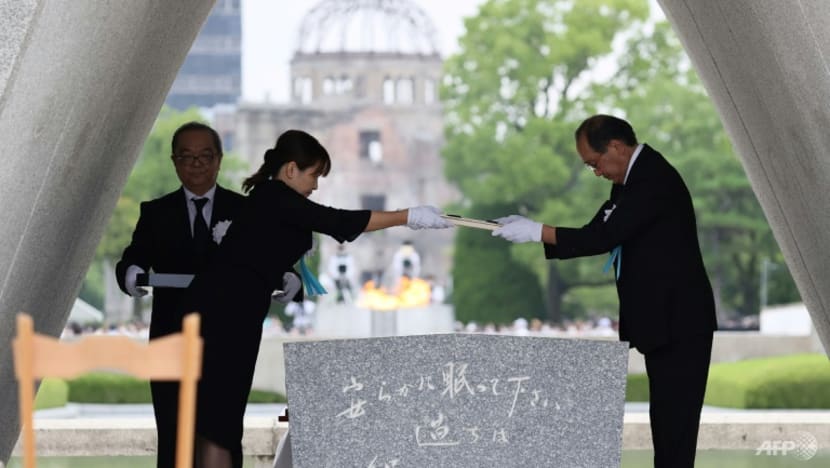 “Humanity is playing with a loaded gun” as crises with the potential for nuclear disaster proliferate worldwide, UN head Antonio Guterres said in Hiroshima on Saturday (Aug 6), the 77th anniversary of the first atomic bomb attack.

At an annual memorial, Guterres warned of the risk posed by crises in Ukraine, the Middle East and the Korean peninsula as he described the horrors endured by the Japanese city.

“Tens of thousands of people were killed in this city in the blink of an eye. Women, children and men were incinerated in a hellish fire,” he said.

Survivors were “cursed with a radioactive legacy” of cancer and other health problems.

“We must ask: What have we learned from the mushroom cloud that swelled above this city?”

Around 140,000 people died when Hiroshima was bombed by the United States on Aug 6, 1945 – a toll that includes those who perished after the blast from radiation exposure.

Today, “crises with grave nuclear undertones are spreading fast – the Middle East, to the Korean peninsula, to Russia’s invasion of Ukraine”, Guterres said, repeating warnings he made this week at a nuclear Non-Proliferation Treaty conference in New York.