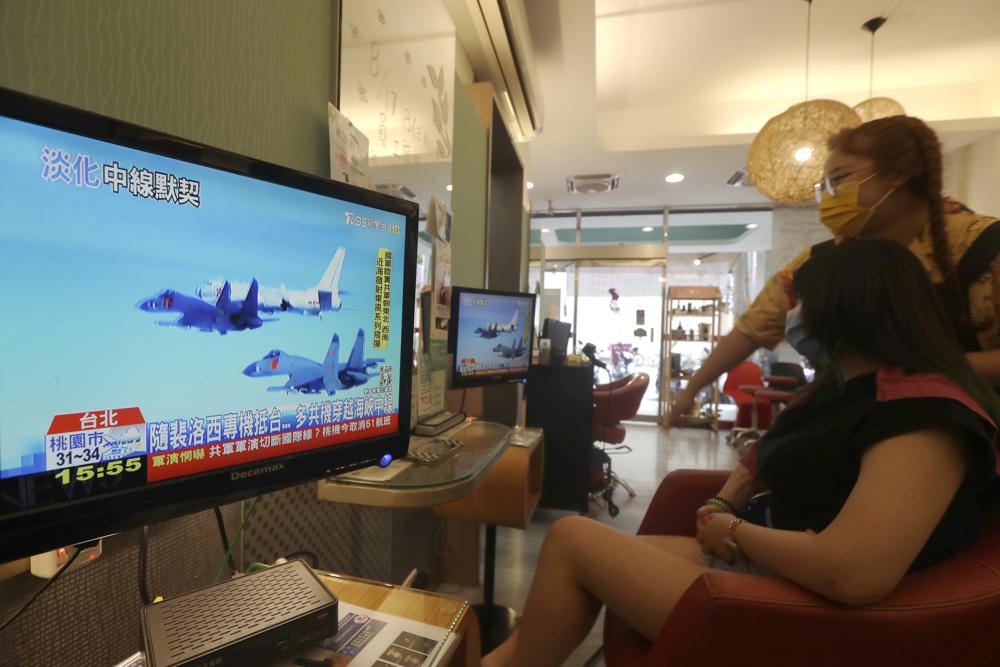 TAIPEI (Reuters) -China deployed scores of planes and fired live missiles near Taiwan on Thursday in its biggest drills in the Taiwan Strait, a day after U.S. House of Representatives Speaker Nancy Pelosi made a solidarity trip to the self-ruled island.

China’s military confirmed multiple firings of conventional missiles in waters off Taiwan as part of planned exercises in six zones set to run until noon on Sunday. It activated more than 100 planes, including fighter jets and bombers, and over 10 warships, state broadcaster CCTV said.

Taiwan’s defence ministry said it scrambled jets to warn away 22 Chinese fighter aircraft that crossed the Taiwan Strait median line into its air defence zone, and said troops fired flares late on Thursday to drive away four drones that flew above the area of its Kinmen islands, off the southeastern coast of China.

It said missiles fired by China flew high into the atmosphere and constituted no threat to it, responding to public concern about whether they passed over the main island of Taiwan.

Japan protested that five missiles appeared to land in its economic zone.