Larry Reid of Larry Reid Live, Out of Christian Love and Concern for the T. D. Jakes Family Goes Off on Cora Jakes’ Alleged Child “Coercion” Situation, the Family, Judge Faith Johnson Who is a Member of the Potter’s House Church, and Now Sarah Jakes for Doing Something Similar to What her Sister Did by Filing for a petition to terminate parent/child relationship Between her Daughter Mackenzie and Her Father Former NFL Football Player Robert Henson; As he Says Regarding Cora, “Stop Lying,” and in His “Opinion, This is Criminal”  . . . “This is Out of Order!” 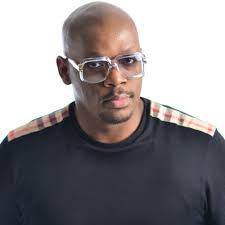 Larry Reid of Larry Reid Live, Out of Christian Love and Concern for the T. D. Jakes Family Goes Off on Cora Jakes’ Alleged Child “Coercion” Situation, the Family, Judge Faith Johnson Who is a Member of the Potter’s House Church, and Now Sarah Jakes for Doing Something Similar to What her Sister Did by Filing for a petition to terminate parent/child relationship Between her Daughter Mackenzie and Her Father Former NFL Football Player Robert Henson; As he Says Regarding Cora, “Stop Lying,” and in His “Opinion, This is Criminal”  . . . “This is Out of Order!”

The Larry Reid Live Title is: Bishop TD Jakes’ daughters Cora Jakes and Sarah Jakes vs the Parents of their Children

Here is an excerpt:

Larry Reid: Nobody was attempting to smear her. We were telling the story of Michelle Loud. She went live and told us Cora snatched the child. Cora, ain’t nobody trying to smear you, and I asked you for your input. You could have  told me all this when I first done the story. When I first done the story, you could have told the story and tell everybody what was said and what Michelle was saying was a lie. But see, you all ran away from any form of accountability or conversation, and then you pay for it and you cry “victim.” No, you are not going to do that. No, no, no. You’re a public figure, come talk. . . .

So, it wasn’t a smear campaign against Cora. No, it was not.

Quote from Jakes’ family letter: “Her children were properly adopted . . .”

Larry Reid: Listen here. Here we go. Here we go. You all see we have two points of deception in this statement. Here is a third:

Quote from Jakes’ family letter: “The children were properly adopted through a multi-year process with numerous checks and reviews. This process is afforded to anyone in the United States of America and there was no preferential treatment given to Cora.”

Larry Reid: Come on now! In Texas? By one of the members that’s a judge — Judge Faith Johnson that’s a member of the church and is always at their house? Online there are pictures and videos of her always over there and on Christmas Day. No preferential treatment? Then why didn’t they go to a white lawyer who did not know who the Jakes family is? Because they wanted preferential teatment. Do not lie! Stop this lying mess! What are you talking about? When a celebrity goes to court, they get preferential treatment. . . .

Larry Reid breaks further shocking news that on the same day that Cora Jakes’ husband was arrested, Cora’s sister Sarah Jakes-Roberts filed a petition to terminate parent/child relationship between her Daughter Mackenzie With her Father Former NFL Football Player Robert Henson — Daniel Whyte III says Bishop T.D. Jakes is a very beloved man in this country among many Christians across denominations and races and even irreligious people. God blesses some people with that kind of loveableness and likeability; some call it real charisma. It is a gift that God bestows upon some people. And the truth of the matter is, Larry Reid has stated hundreds of times before this sad situation how much he loves and respects Bishop T. D. Jakes. Anybody who knows anything knows that Larry Reid is not going to gain anything from dealing with the daughters of Bishop T. D. Jakes about their foolishness in this way, so it is coming from a place of love, concern, and fairness. In an article that I wrote just a few weeks ago, I warned Bishop T. D. Jakes to deal with the situation wisely and properly so that he and his family would not get the Larry Reid treatment again because believe it or not, that’s the last thing that Larry Reid wants to do. However, it is his vast audience of thousands of people who know about this situation who hold him accountable to not be the kind of person who backs away from certain people just because he loves them and likes them. Evidently, T. D. Jakes did not deal with this serious problem the way I advised him to and things have gotten worse. As I told him, there’s a biblical principle that I call “UNRAVELING.” Unraveling is when God begins to deal with a person or a nation because of something God is not pleased with going on in their life or family or nation in a loving, “SPACE-TO-REPENT” way so that the person or the nation will have the time to “JUDGE YOURSELF THAT YOU BE NOT JUDGED.” And things are UNRAVELING! So, here we go again. Bishop T. D. Jakes, I have warned you twice already that you’re going to end up like your friends Brian Houston and Bill Hybels if you don’t repent of your sins and compromise of the Word of God on the issue of homosexuality and so-called homosexual marriage and handle these matters the way you know God wants you to handle them because this is unraveling and threatens to wipe out your great legacy if you do not tell Cora Jakes to give that child back to her mother with some money for her pain, suffering, and inconvenience with maybe a visitation arrangement for your family, and tell your daughter Sarah to immediately withdraw this legal filing against her former husband Robert Henson and father of their child Mackenzie. Also, Brother T. D. Jakes, at this junction, you would do well to tell both your daughters to sit down ministry-wise and that their so-called ministry days are over and as long as you’re the pastor at the Potter’s House, they will not preach there anymore. Brother, your great God-given legacy is in peril.