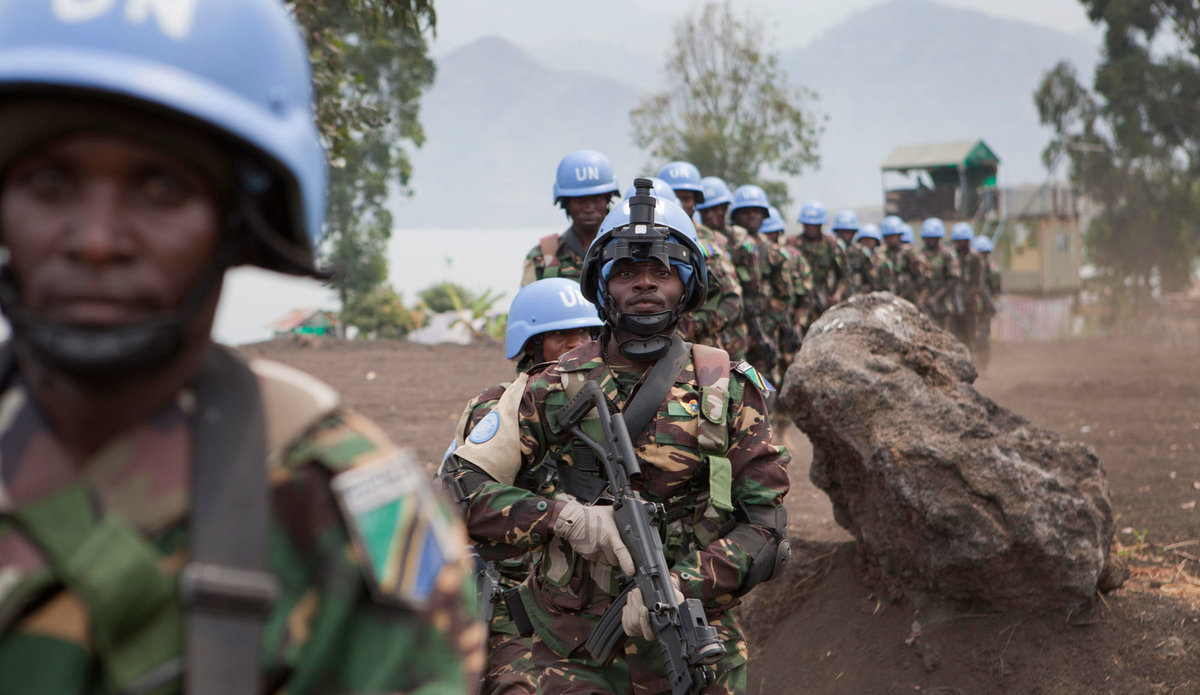 Tensions between the population in restive eastern Congo and the U.N. peacekeeping force have risen dramatically in the past week, with nearly 20 killed in protests calling for the force to leave the region.

Bintou Keita, head of the U.N. mission in Congo and special representative of the U.N. secretary general, said she was deeply shocked by the shootings in Kasindi, the border town with Uganda in the Beni territory of Congo’s North Kivu province. She said it was not clear why the peacekeepers opened fire.

“This serious incident has caused loss of life and serious injuries,” said Keita. “Faced with this unspeakable and irresponsible behavior, the perpetrators of the shooting were identified and arrested pending the conclusions of the investigation, which has already started in collaboration with the Congolese authorities.”

She said the soldiers’ home country has been contacted so that legal proceedings could begin. Their nationality was not given.

“It was around 11 a.m. local time when U.N. mission peacekeepers arrived in Congo from Uganda, heading for the city of Beni,” he said. “Customs officers already had instructions not to allow them to enter Congo … but (they) destroyed the barrier and entered by force by shooting everywhere.”

Protesters accuse the peacekeepers of failing to protect civilians amid rising violence. The mission has more than 16,000 uniformed personnel in Congo, according to the U.N.

Congo’s mineral-rich east is home to myriad rebel groups. Security has worsened there despite a year of emergency operations by the armies of Congo and Uganda. Civilians in the east have also faced violence from jihadi rebels linked to the Islamic State group. Fighting has also escalated between Congolese troops and the M23 rebels, forcing nearly 200,000 people to flee their homes.

“How is it that a peacekeeper shoots at a civilian who is not armed?” Mulimani said. “We are Congolese, they must respect us and respect our opinion on their services in the region.”

The U.N. under-secretary-general for peace operations, Jean-Pierre Lacroix, met with Congo’s President Felix Tshisekedi on Saturday in Kinshasa to discuss the cooperation between the U.N. mission and Congo’s government. Three U.N. personnel were among 15 others killed at the beginning of the week in Butembo.

“It was an opportunity to talk about how we could learn from what is happening and work together,” Lacroix said,

In a statement Sunday, the Congo government offered condolences and support to the bereaved families and urged the province of North Kivu to be calm so that “such an incident does not happen again.”