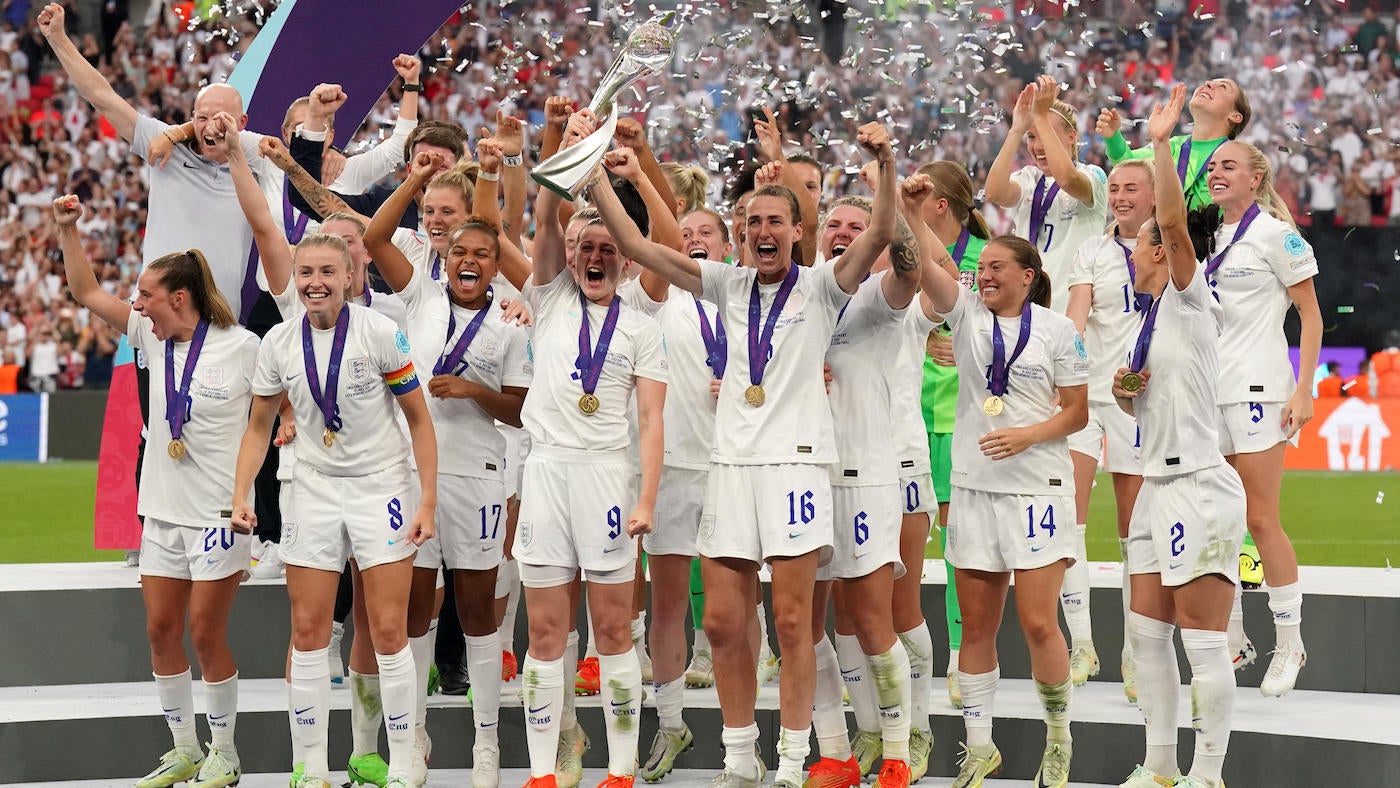 The full-time whistle on England’s 2-1 Women’s Euro 2022 final win against Germany was still being blown Sunday when “Three Lions” — aka “Football’s Coming Home” — began to ring out from Wembley Stadium’s sound system. The song has been something of a curse for English football since being released in the buildup to Euro ’96, but finally, after so many heartbreaking near misses for the nation’s men and women, England has a team of winners to celebrate in Sarina Wiegman’s Lionesses.

Captain Leah Williamson, tournament Golden Boot winner Beth Mead and other star performers — including Ella Toone, Chloe Kelly and Alessia Russo — have, with their performances over the past month, taken the women’s game to a whole new level, and their success will ensure a future without limits in England.

For the men, the wait to add to their solitary World Cup win in 1966 goes on — Gareth Southgate’s team might just do that at Qatar 2022 later this year — but the women have ended their own lengthy years of hurt. Two losing semifinals in the World Cup, in 2015 and 2019, and losses in the European Championship finals of 1984 and 2009 had been England women’s tale of woe in major tournaments, but goals from substitutes Toone and Kelly, either side of Lina Magull‘s 79th-minute equaliser for Germany, sealed this team’s place in English football history.

The collective success of the team is one thing, and its importance cannot be overstated for a country as powerful, but traditionally underperforming, as England. Yet the Lionesses have done more than simply end the country’s lengthy wait for glory. They haven’t just brought football home; they have enabled the game to rediscover its soul, on and off the pitch.

It is perhaps unfair to draw too many comparisons between the men and women’s game, but with both reaching a Euro final Wembley within 12 months, it is inevitable that both occasions will be measured against each other. A year ago, the men’s final was marred by disgraceful scenes of fan violence outside the stadium, with ticketless supporters rushing the turnstiles and physically intimidating children in order to illegally enter the ground. An inquiry has since confirmed excessive alcohol and drug consumption during a day of carnage before and after England’s biggest game since 1966.