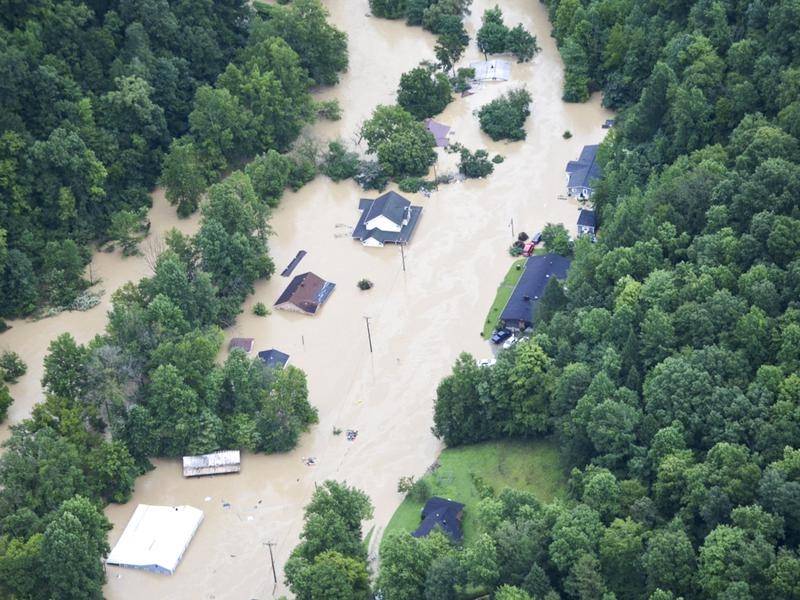 Floods unleashed by torrential rains in eastern Kentucky have killed at least 28 people, including four children, Governor Andy Beshear said on Sunday as authorities worked to provide food and shelter for thousands of displaced residents.

Some homes in the hardest hit areas were swept away after days of heavy rainfall that Beshear has described as some of the worst in the U.S. state’s history. Rescue teams guided motor boats through residential and commercial areas searching for victims.

Officials warn the death toll may continue to rise with more expected rainfall potentially hampering rescue efforts. The National Weather Service forecasts several rounds of showers and storms through Tuesday, with a flood watch in effect through Monday morning in southern and eastern Kentucky.

“We are still focused on meeting the immediate needs of providing food, water and shelter for thousands of our fellow Kentuckians who have been displaced by this catastrophic flood,” Beshear said in a statement.

Beshear, who declared a state emergency over the floods, earlier told NBC that authorities will “be finding bodies for weeks” as rescuers fan out to more remote areas.

The floods were the second major national disaster to strike Kentucky in seven months, following a swarm of tornadoes that claimed nearly 80 lives in the western part of the state in December. read more

President Joe Biden declared a major disaster in Kentucky on Friday, allowing federal funding to be allocated to the state. Beshear’s office said that affected residents could begin applying for disaster assistance from the Federal Emergency Management Agency (FEMA).

Power lines were widely damaged, with over 14,000 reports of outages on Sunday afternoon, according to PowerOutage.US.