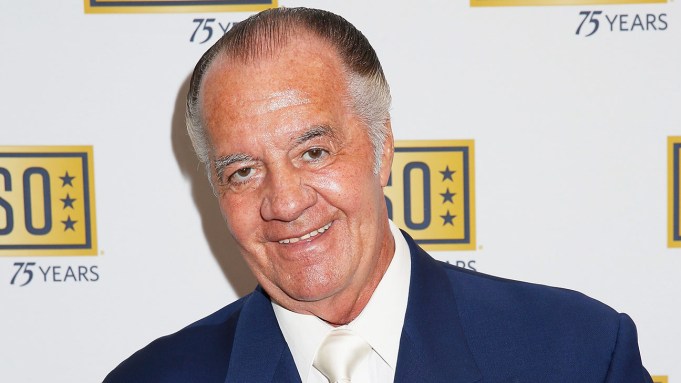 Actor Tony Sirico, who played the lovable but murderous gangster Paulie Walnuts on the HBO series “The Sopranos” and was frequently cast in Woody Allen films, died on Friday at age 79, his family said.

Sirico played a major role in the HBO drama that started in 1999 and became an influential hit early in the era of prestige television.

Though he played smaller parts in six Woody Allen movies from 1994 to 2016, Sirico was not especially well known before his breakout role, in which he was a captain in the crime family of lead character Tony Soprano, played by the late James Gandolfini.

The Paulie Walnuts character was a steely criminal who displayed periodic kindness, sometimes providing goofy comic relief with malapropisms, but always loyal to the boss.

“A larger than life character on and off screen. Gonna miss you a lot my friend,” Sopranos co-star Steven Van Zandt said on Twitter.

“It is with great sadness, but with incredible pride, love and a whole lot of fond memories, that the family of Gennaro Anthony ‘Tony’ Sirico wishes to inform you of his death on the morning of July 8, 2022,” his brother, Robert Sirico, a Roman Catholic priest, posted on Facebook.

He is survived by two children plus an unspecified number of grandchildren, siblings, nieces, nephews and others, his brother said.

No cause of death was reported.

Born in Brooklyn on July 29, 1942, Sirico served 20 months in prison on a gun charge in the early 1970s, according to the movie database IMDB.com.

His first movie role came in 1974’s “Crazy Joe,” about the Mafia figure Joey Gallo, but his defining role was in the HBO series created by David Chase.

“When I first read David Chase’s script, I knew this was special,” Sirico is quoted as saying on IMDB. “This is what I’d been looking for all my life. … I knew right away this was a role to kill for.”