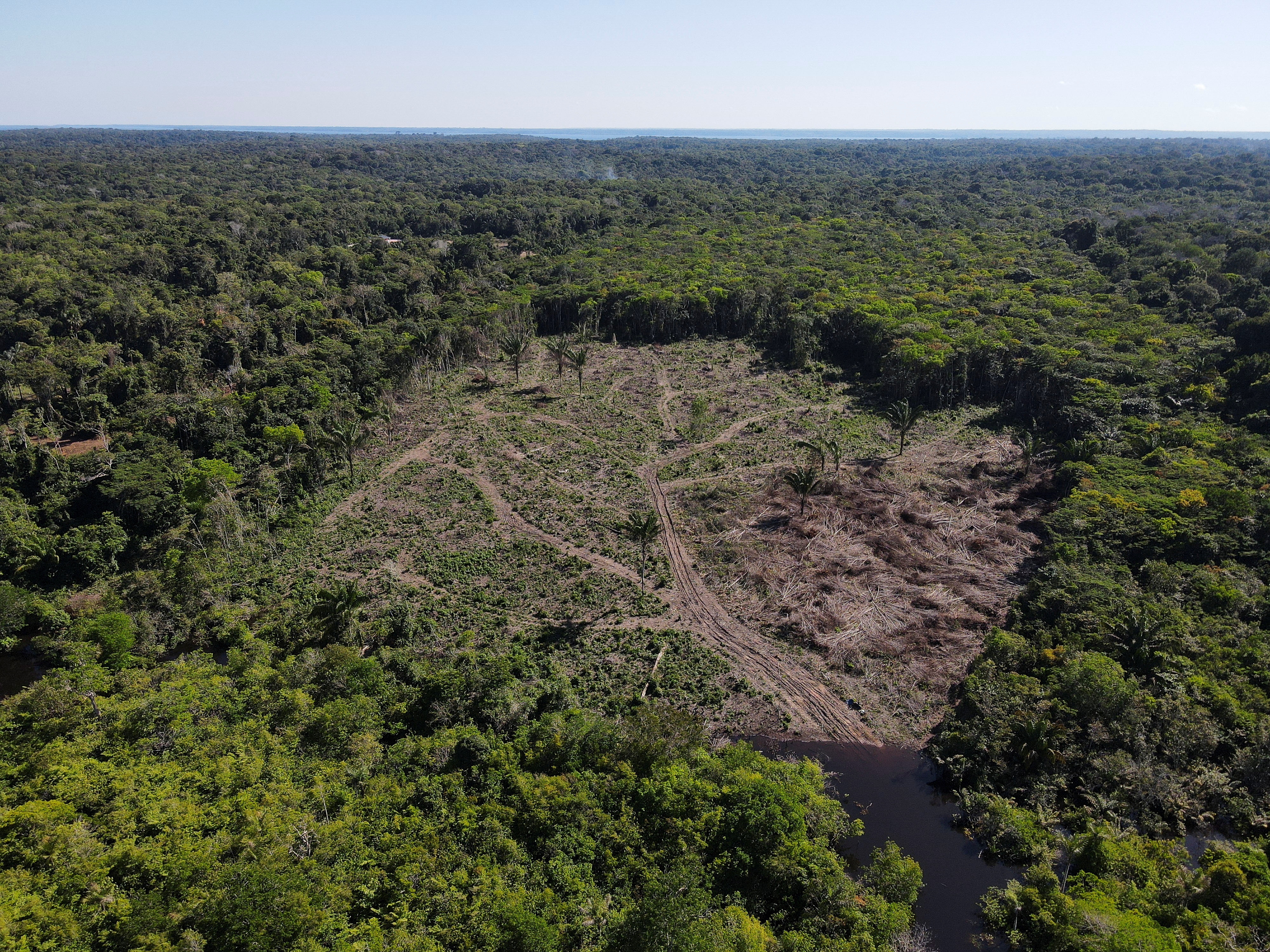 Deforestation in Brazil’s Amazon rainforest reached a record high for the first six months of the year, as an area five times the size of New York City was destroyed, preliminary government data showed on Friday.

From January to June, 3,988 square km (1,540 square miles) were cleared in the region, according to national space research agency Inpe.

That’s an increase of 10.6% from the same months last year and the highest level for that period since the agency began compiling its current DETER-B data series in mid-2015.

The Amazon, the world’s largest rainforest, contains vast amounts of carbon, which is released as trees are destroyed, warming the atmosphere and driving climate change.

Deforestation is creeping deeper into the forest. In the first six months of the year, Amazonas state in the heart of the rainforest recorded more destruction than any other state for the first time.

A Reuters witness on Friday saw several recently deforested areas near the roadway west of Amazonas state capital Manaus, where lush jungle had been turned into expanses strewn with fallen, dried trees.

This year’s rising deforestation is also feeding unusually high levels of fire, which are likely to worsen in the months ahead, said Manoela Machado, a wildfire and deforestation researcher at Woodwell Climate Research Center and University of Oxford.

Brazil recorded the highest number of fires in the Amazon for the month of June in 15 years, although those blazes are a small fraction of what is usually seen when fires peak in August and September, according to Inpe data.

“If we have high deforestation numbers, it’s inevitable that we’re going to have high fire numbers as well,” Machado said.

“This is extremely bad news.”

Bolsonaro’s office directed request for comment to the Environment Ministry, which said the government has been “extremely forceful” in fighting environmental crimes.

The ministry said that considering the 12 months through June, Inpe’s data showed deforestation declined 3.8% from the same period a year earlier.

Environmentalists are banking on leftist former President Luiz Inacio Lula da Silva, who presided over a steep decline in deforestation during his presidency from 2003 to 2010, winning in October’s election for a turnaround in Brazil’s environmental policy.

A poll released this week showed Bolsonaro losing to Lula by 19 percentage points in an expected run-off. read more

Regardless, this year is likely to have high levels of deforestation and fires as loggers and land grabbers seek to capitalize on the weak enforcement ahead of a potential change in government, experts say.

“It’s very difficult to be optimistic for the next few months in the Amazon,” said Romulo Batista, a forest campaigner for Greenpeace Brasil.