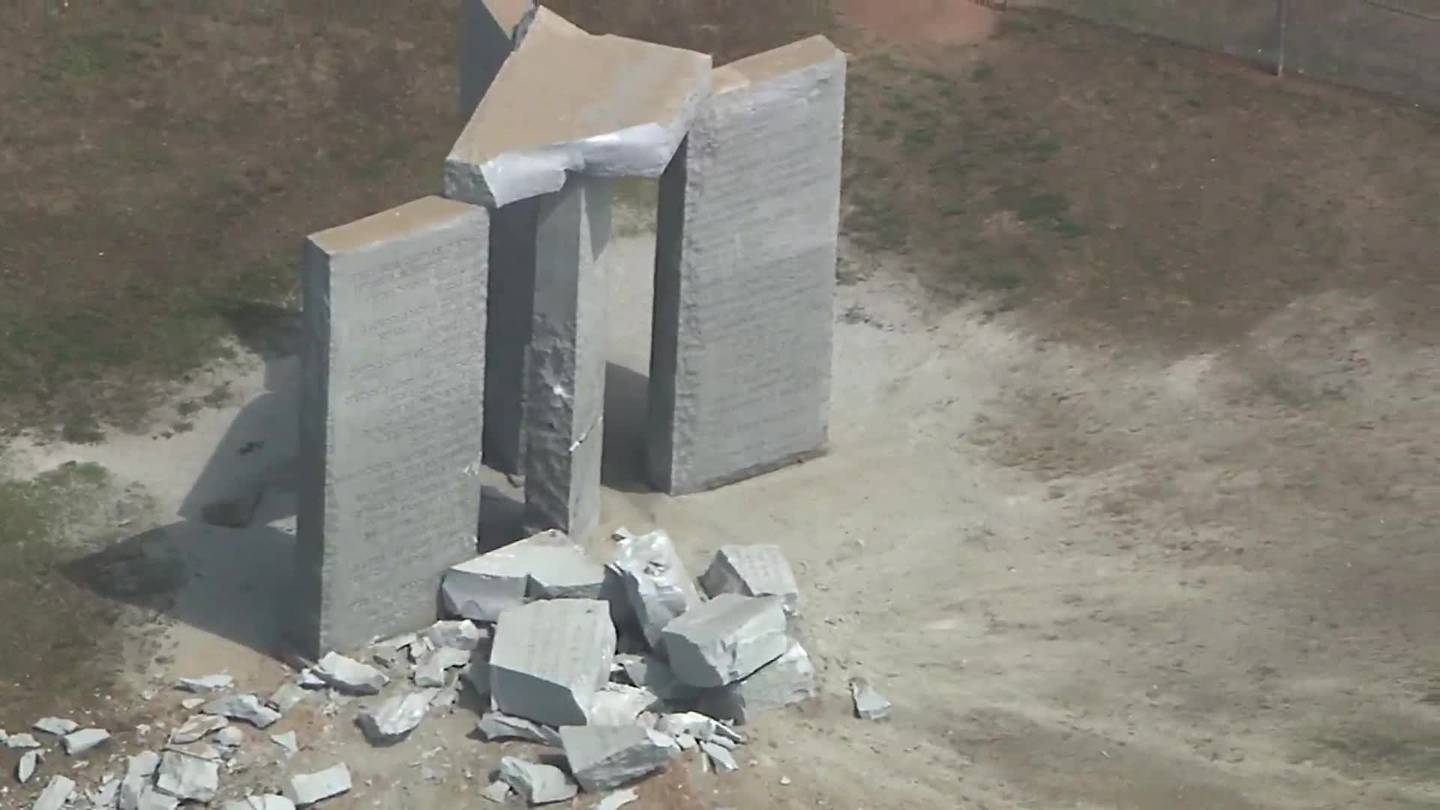 ELBERTON, Ga. — Part of a mysterious Georgia monument was destroyed by an explosive device overnight, leading to an active police investigation in Elberton, according to the Georgia Bureau of Investigation.

The Georgia Guidestones have since been demolished due to safety concerns, the Georgia Bureau of Investigation said Wednesday night.

The Georgia Guidestones were a 19-foot-tall granite monument that served as both a tourist attraction and fodder for conspiracy theories since it was erected by anonymous patrons in 1980.

The monument’s stones are inscribed with what some people interpret as guidelines for future generations and what others see as something more sinister. The monument gets around 20,000 visitors a year.

NewsChopper 2 was over the monument Wednesday, where one of the pillars was reduced to rubble. The news comes after months of escalating conspiracy theories surrounding the monument that have circulated on social media.

In a statement, the Georgia Bureau of Investigation said agents found evidence of an explosion at the scene.

“The preliminary information indicates that unknown individuals detonated an explosive device at around 4:00 a.m. on Wednesday, July 6th. Elbert County Sheriff’s Office personnel responded to discover the explosion destroyed a large portion of the structure.”

The Georgia Department of Transportation closed down roads in the area as local and state police investigated.

Channel 2′s Richard Elliot was in Elbert County, where the monument is sometimes referred to as the “American Stonehenge.” Its four slabs and central pillar function like a compass, calendar and clock.

The center pillar is carved in such a way that allows a ray of sun to filter through at noon every day and shine a beam on the center stone that indicates the day of the year.

But the conspiracy theories spark from the monument’s inscriptions, which are carved in eight modern languages and seem to advocate for population control, harmony with nature and internationalism.

Over the past few months, the monument has become increasingly controversial on social media. Former GOP gubernatorial candidate Kandiss Taylor promised her supporters that if she were elected, she would destroy the “satanic” monument by executive order.