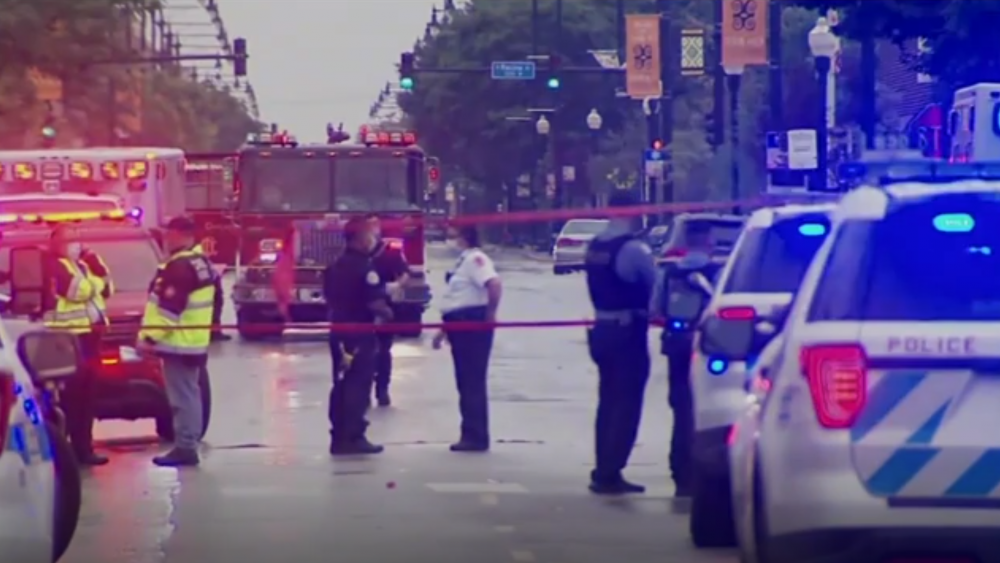 The city of Chicago was shaken by a surge of violence over the Fourth of July weekend that left seven people dead and 54 injured.

A 24-year-old woman was killed Friday night during a shootout with two men in the Chinatown area, KABC-TV reports.

Early Saturday, a 30-year-old man was fatally shot in the head on the city’s South Side. Police said they had no suspects in custody.

Later that day, a 90-year-old man was hospitalized after suffering a gunshot wound to the abdomen. He was taken to Mount Sinai Hospital and listed in critical condition.

During a press conference Friday, Chicago Mayor Lori Lightfoot commended the city’s police officers for their bravery and courage.