Is This the Future of Warfare? Swarms of Killer Autonomous Drones Attacking Each Other 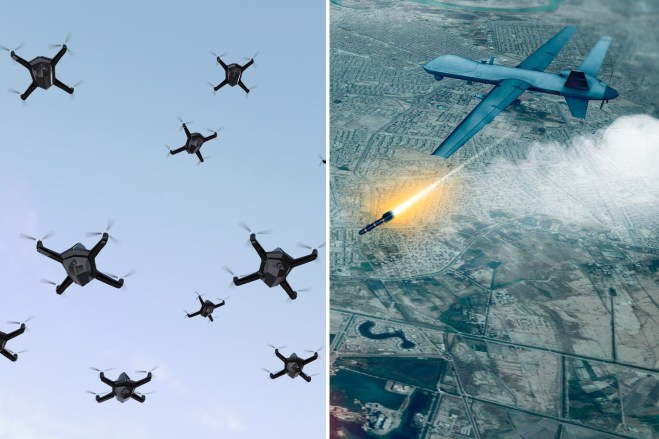 The future of drone warfare could look like something out of Star Wars with swarms of drones from the air attacking machines in the sea, experts say.

Drones are becoming a useful tool in the arsenal of nations across the world as the machines are cheap to produce and easy to proliferate.

The US was considered the leading world superpower following the end of the Cold War as Washington asserted its military might and economic dominance.

But, drone expert Seth Frantzman said the US’ status as a superpower has “eroded” as rivals such as China have tested stealth drones and officials are willing to invest in new technologies.

Beijing has invested heavily into drone warfare over the past decade as the regime aims to achieve its goal of military parity with the US by 2049.

And, ex-marine Brendan Mulvaney said the days where the US can assert air superiority and maintain dominance are “numbered”.