George Washington University Says It Will Keep Clarence Thomas on the Payroll and Continue His Constitutional Law Class After Students Demanded He Be Fired for Voting to Overturn Roe v. Wade 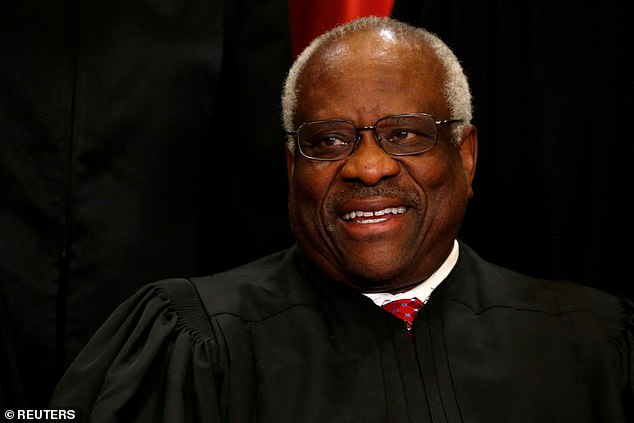 George Washington University (GWU) is rejecting demands from students to boot Clarence Thomas from its staff after the conservative justice wrote an opinion seeming to suggest gay marriage and access to contraception could be the next target of the Supreme Court.

In a letter addressed to students Tuesday, GWU officials said they will not remove Thomas from his post as an adjunct professor because he has not violated the school’s policy on academic freedom.

‘Debate is an essential part of our university’s academic and educational mission,’ the letter said.

The university has ‘received requests from some members of the university’ to fire Thomas, who teaches a constitutional law class.

‘Just as we affirm our commitment to academic freedom, we affirm the right of all members of our communities to voice their opinions,’ the statement said.

‘Because we steadfastly support the robust exchange of ideas and deliberation, and because debate is an essential part of our university’s academic and educational mission to train future leaders who are prepared to address the world’s most urgent problems, the university will neither terminate Justices Thomas’ employment nor cancel his class in response to his legal opinions,’ it concluded.