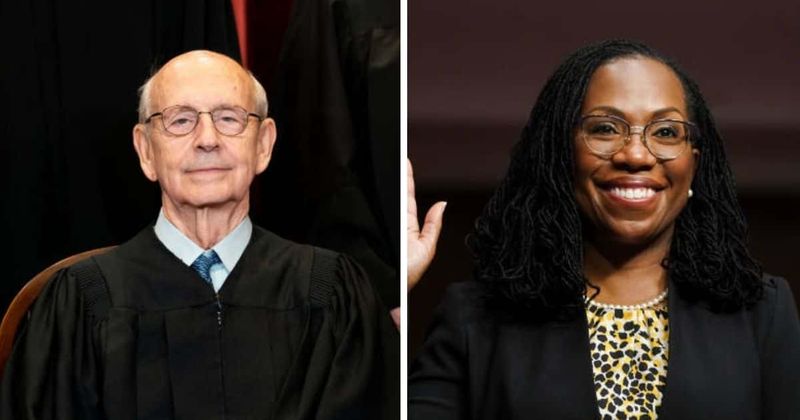 WASHINGTON, June 29 (Reuters) – Ketanji Brown Jackson, picked by President Joe Biden to become the first Black woman on the U.S. Supreme Court, is set to be sworn in to begin serving the lifetime job on Thursday with the formal retirement of liberal Justice Stephen Breyer.

Jackson, 51, was confirmed by the Senate on April 7. Breyer, 83, has served on the court since 1994 and announced his plans to retire in January. Breyer will officially retire and Jackson will take her two oaths of office at noon (1600 GMT) on Thursday shortly after the court issues the last of its rulings of its current term.

“It has been my great honor to participate as a judge in the effort to maintain our Constitution and the Rule of Law,” Breyer said in a letter to Biden.

Breyer, the court’s oldest justice, often found himself in dissent on a court that has moved ever rightward, including last Friday when its conservative majority overturned the constitutional right to abortion recognized in the landmark 1973 Roe v. Wade ruling.

Breyer also dissented in another major ruling last week when the court’s conservatives endorsed for the first time a right under the U.S. Constitution to carry a handgun in public.

Jackson’s confirmation by the Senate marked a victory for Biden, who has sought to infuse the federal judiciary with a broader range of backgrounds.

Thursday’s ceremony will be livestreamed on the court’s website, the court indicated.

Jackson, who served early in her career as a Supreme Court clerk for Breyer, will become the sixth woman justice ever. For the first time, four women will serve on the court together. She will take Breyer’s place on the liberal bloc of a court with a 6-3 conservative majority whose actions in recent weeks illustrate a willingness to boldly assert its power by taking up and decisively ruling on contentious issues.

Aside from landmark decisions on gun rights and abortion rulings, the court this term has issued a series of rulings expanding religious rights, chipping away at the wall separating church and state.

In just the past two weeks, the court allowed more public funding of private schools that teach and promote religion – including those that bar LGBT students and teachers – and backed a Washington state public high school football coach who was suspended for leading Christian prayers with players on the field after games.

The court’s conservative wing was bolstered by the 2020 addition of former President Donald Trump’s third appointee, Amy Coney Barrett. Her appointment changed the court’s dynamics by marginalizing Chief Justice John Roberts, making it possible for its conservative bloc to amass the five votes needed to decide cases without him.

Roberts is considered more of an incrementalist conservative. Trump’s two other appointees were Justices Neil Gorsuch and Brett Kavanaugh.

The conservative majority may endure for years – possibly decades – and has signaled interest in other big changes to the law.

Race will loom large over the Supreme Court’s next term, which begins in October. One major case could end affirmative action policies used by colleges and universities in their admissions processes to increase their enrollment of Black and Hispanic students to achieve campus diversity. Ending such policies has been another goal of conservatives.

Reporting by Andrew Chung; Editing by Will Dunham