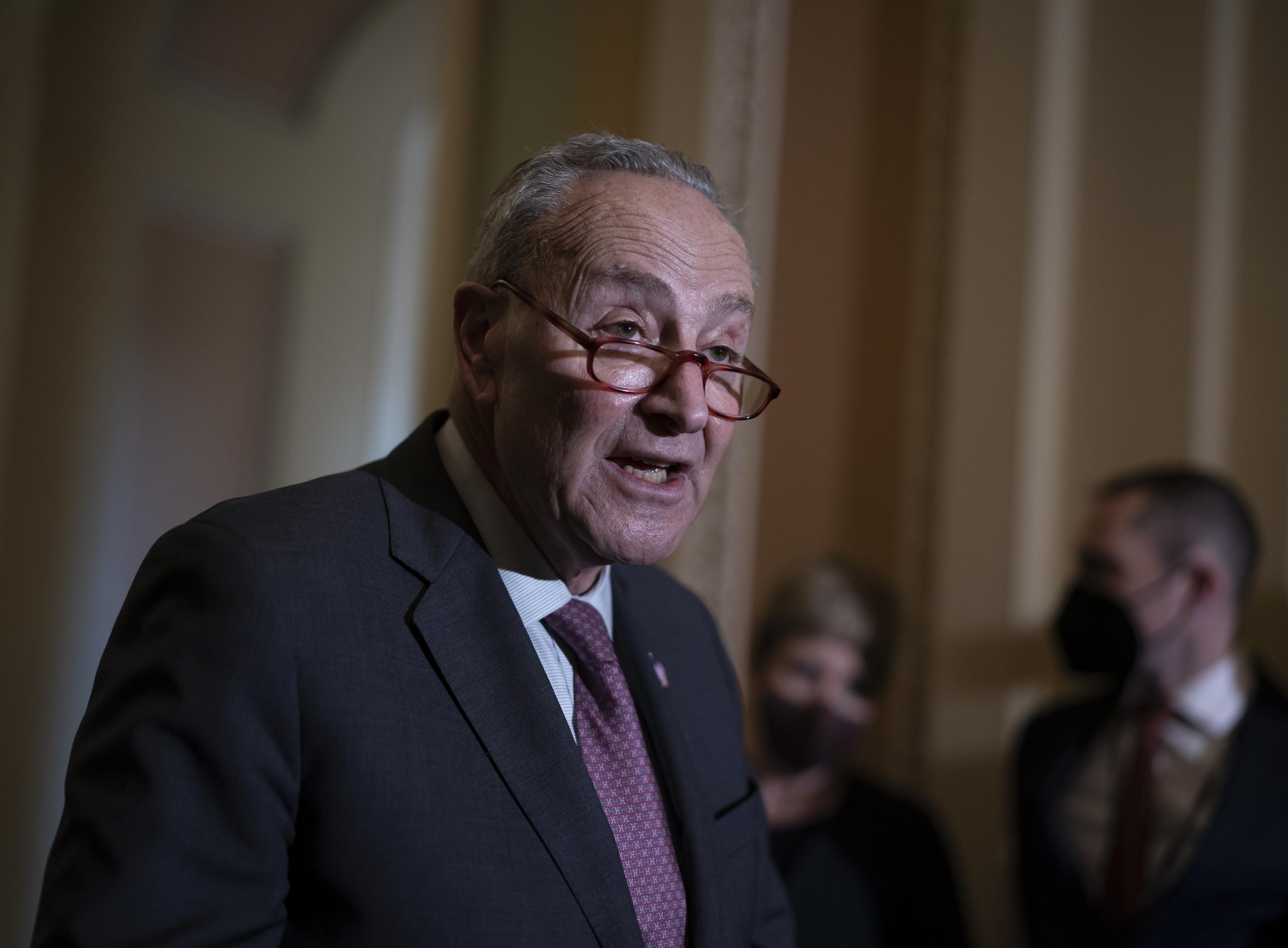 Senate Majority Leader Chuck Schumer, D-N.Y., wearing a mask that read “Cancel student debt,” called on the labor movement on Wednesday to join him in his fight to get President Joe Biden to forgive $50,000 in federal student loan debt per borrower.

During a roundtable with Sen. Elizabeth Warren, D-Mass., and union leaders including Randi Weingarten, president of the American Federation of Teachers, Schumer said there was a false narrative about who student debt cancellation would benefit.

“Let’s dispel one awful myth right here: This is not a problem that concerns the wealthy or the Ivy League,” Schumer said. “All of these fat cats, and people who never want to see help for working people and poor people come up with these myths.

The senator was addressing the arguments made by those who oppose canceling student debt on the grounds that college graduates are privileged thanks to their education and higher earnings.

Schumer also appeared to be speaking directly to Biden, who has repeatedly framed canceling student debt as a handout to the well-off.