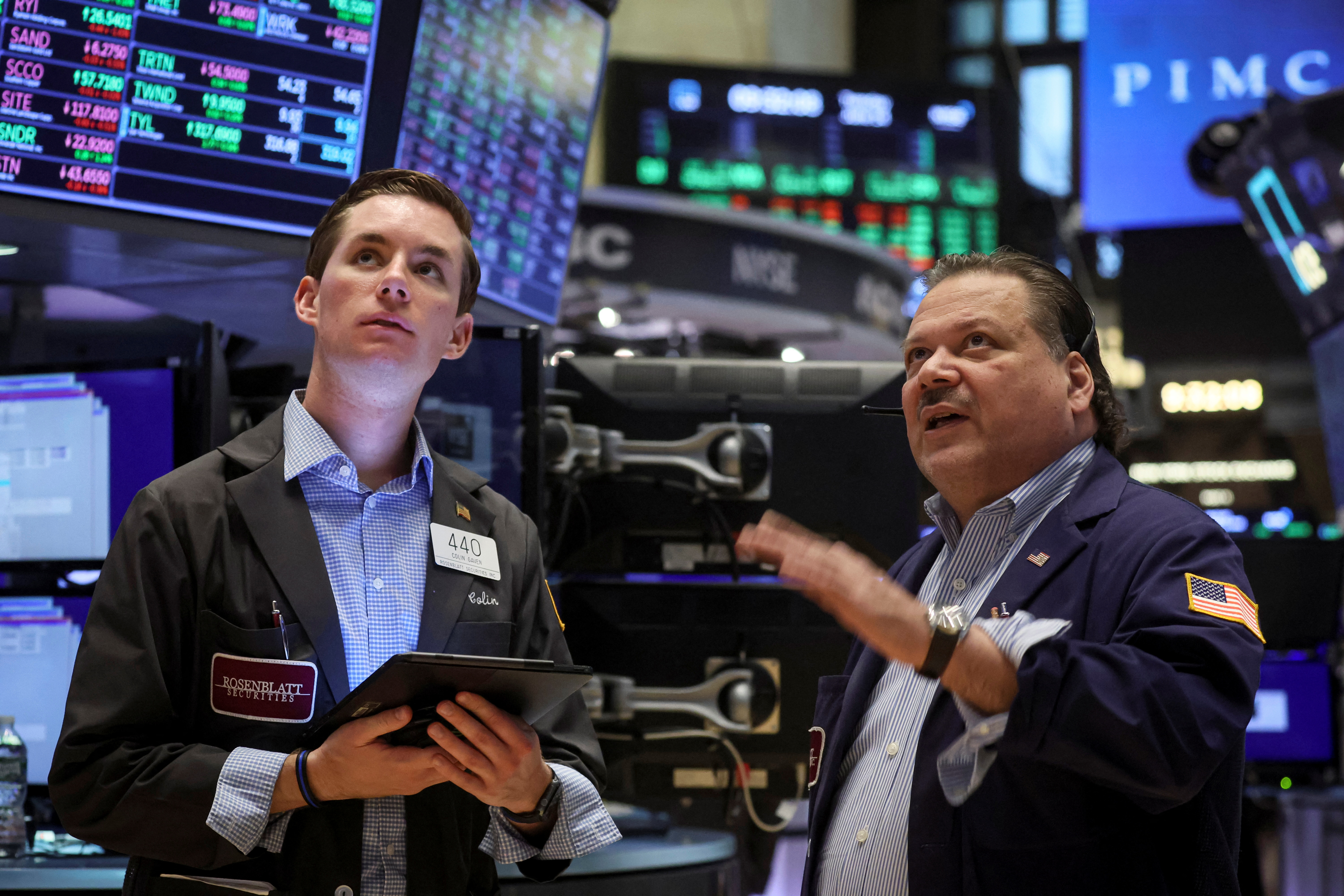 June 17 (Reuters) – U.S. stocks closed with a modest bounce on Friday but still suffered the biggest weekly percentage decline in two years as investors wrestled with the growing likelihood of a recession while global central banks tried to stamp out inflation.

Stubbornly high inflation has unnerved investors this year as the U.S. Federal Reserve and most major central banks have begun to pivot from easy monetary policies to tightening measures which will slow the economy, possibly causing a recession, and potentially dent corporate earnings.

Each of the three major Wall Street indexes fell the third week in a row. The benchmark S&P 500 index (.SPX) suffered its biggest weekly percentage drop since March 2020, the height of the COVID-19 pandemic plunge.

“Right now you are going to see a lot of volatility and it is primarily going to be because of the fact the Fed is going to be front-end loading all these rates hikes and just trying to gauge the inflation picture and it is very clouded right now,” said Megan Horneman, director of portfolio strategy at Verdence Capital Advisors in Hunt Valley, Maryland.

“Just expect volatility, it is here to stay, it is going to be here until we get a little bit more clarity on have we really reached peak inflation.”

The benchmark S&P index has slumped about 23% year-to-date and recently confirmed a bear market began on Jan. 3. The Dow Industrials was on the cusp of confirming its own bear market.

Stocks rallied on Wednesday after the Fed raised its key rate by 75 basis points, the biggest hike in nearly three decades, while the Bank of England and the Swiss National Bank also raised borrowing costs.