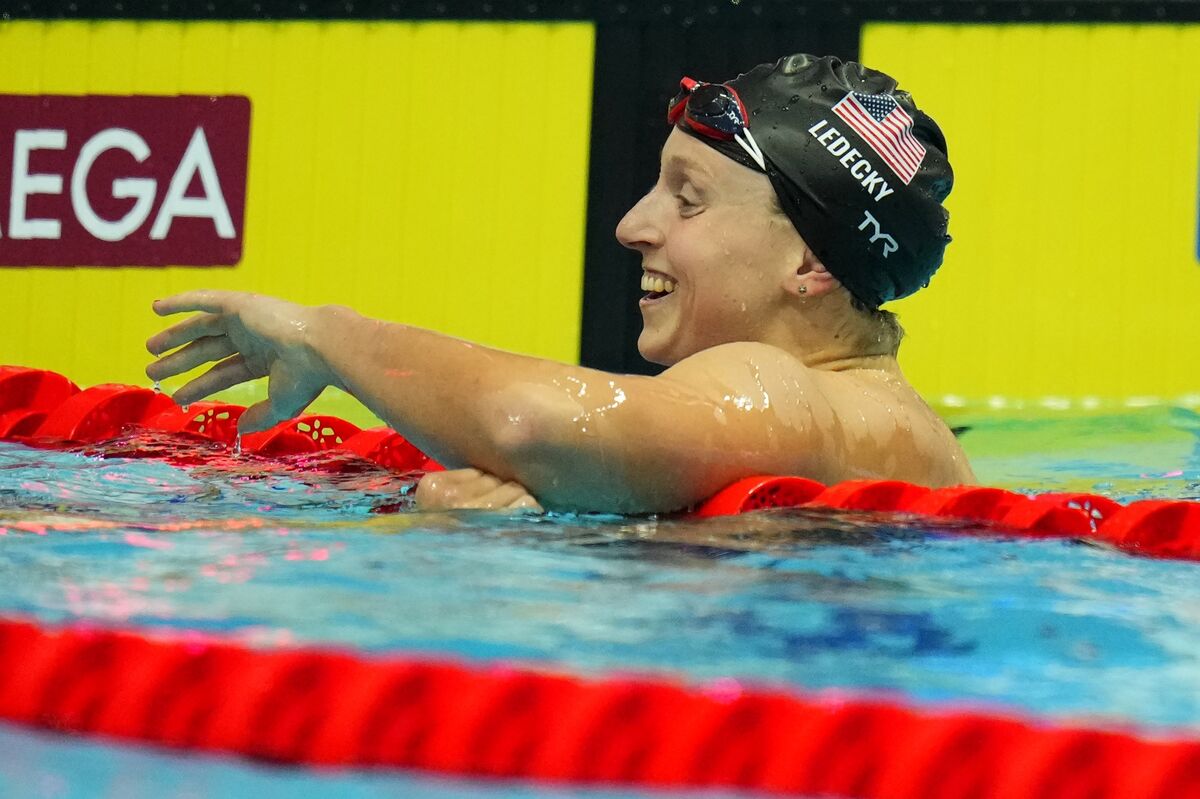 Katie Ledecky has started the United States’ medal collection at the world swimming championships with a gold by reclaiming her title in the women’s 400 meters.

Ariarne Titmus pipped Ledecky to the title in 2019 and took her world record last month but the Australian has skipped the worlds in Budapest to focus on the Commonwealth Games next month in England.

Canada’s 15-year-old Summer McIntosh finished 1.24 seconds behind Ledecky for the silver. Both were well ahead of the competition, with American Leah Smith 3.93 behind Ledecky in third and Australia’s Lani Pallister finishing fourth.

Australia’s Elijah Winnington took the first gold of the evening when he powered home in the final length of the men’s 400 meters to overtake Germany’s Lukas Martens. Winnington clocked 3 minutes, 41.22 seconds, a personal best and the third fastest time at a worlds.

“I try to keep up with the Australian guy but in the end he swam away,” said Martens, who finished 1.63 seconds behind.

None of the medalists from 2019 raced. Sun Yang of China is banned for a doping infringement, Australia’s Mack Horton — the 2016 Olympic champion — failed to qualify by 0.10 seconds, and Gabriele Detti did not enter.

Britain’s Benjamin Proud was 0.03 seconds faster than American star Caeleb Dressel and Italy’s Thomas Ceccon in the semifinals of the men’s 50 butterfly. The final is on Sunday.

More finals including relays were scheduled for later Saturday.