Jilted Boyfriend Was Arrested for Harassing His Ex Two Days Before He Shot Her and Her Friend Dead and Killed Himself Outside Iowa Church: Victim Shared Posts Online About Abusive Relationships a Week Before She Was Gunned Down 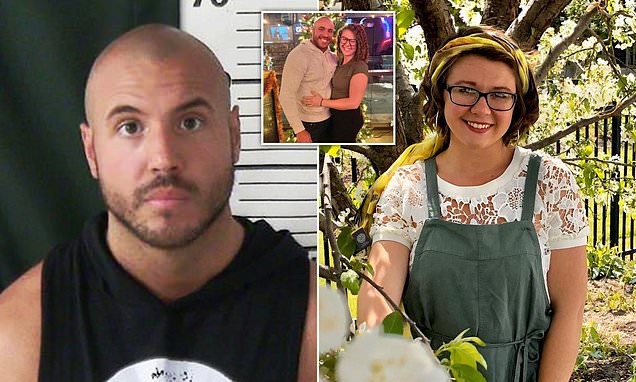 The jilted boyfriend who shot dead his ex and her friend before turning the gun on himself outside an Iowa church was arrested for harassing her just days before the massacre.

Jonathan Lee Whitlatch, 33, was arrested on May 31 in Boone County, Iowa, for impersonating a public official and third-degree harassment of Eden Mariah Montang, 22, after she ended their relationship.

Montag was granted a retraining order against him, while Whitlatch posted bond and was scheduled to appear in court June 10.

Two days after his arrest, Whitlatch fatally shot Montang and her friend Vivian Renee Flores, 21, in the parking lot outside Cornerstone Church of Armes, near Des Moines, Sheriff Paul Fitzgerald said. He then turned the gun on himself.

The suspect had also been awaiting trial on a charge of sexual abuse stemming from an incident last October when he twice put his hand down a woman’s pants and attempted to penetrate her at a nightclub in Cedar Falls, according to the Waterloo-Cedar Falls Courier. The alleged victim was not Montang nor Flores.

The incident was caught on surveillance cameras. Whitlatch told authorities he didn’t remember much about the incident because he’d been drinking. Deposition interviews in the case were scheduled to start later this month.

Meanwhile, Montang, 22, a devout Christian and Iowa State University student, had posted about abusive relationships just a week before she was killed.

‘It’s not about who YOU are – how smart you are, or how confident you are – it’s about who THEY are,’ she wrote, ‘The way they make manipulation look like they have your best interest at heart, the way they’re in fact sincere when they are sorry but don’t end up changing their behavior, their abusive upbringing that perpetuates pain. Hurt people – hurt people.’

And on May 11, Montang posted another message: ‘Be careful. Manipulation can feel like love.’

On Friday, her father, Terry Montang, paid tribute to his daughter.

‘I’m proud to have been her father,’ Montang said from the church stage, ‘And I don’t know what more there is to say that she’s with the Lord. And she did her best to walk the walk.’

The attack was the latest deadly shooting to rock the US, following killings in New York, Texas, California and Oklahoma in recent weeks.