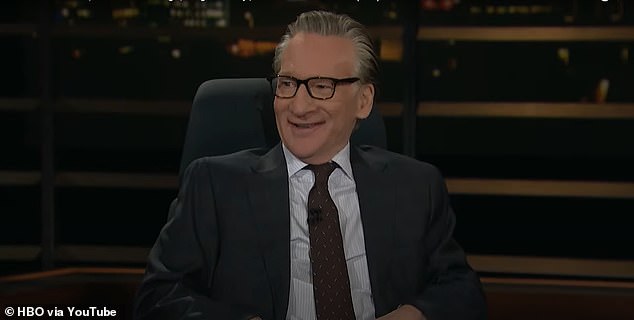 Bill Maher has argued Republicans could easily ‘steal’ the issue of federal marijuana legalization by making it an issue about freedom after Democrats inserted ‘too much stuff’ about racial ‘equity’ in the House-passed measure aimed to decriminalize pot.

The comedian, 66, who often draws the ire of both liberals and conservatives on his long-running HBO show Real Time, argued Friday night that legalization of marijuana swings in the favor of Republicans and is ‘something we ought to do.’

‘Republicans are gonna steal the issue. I think eventually,’ Maher told former Attorney General Eric Holder after being asked why President Joe Biden hadn’t yet pushed for federal legalization of pot. ‘I mean, it could be one of those freedom issues.’

He also noted how Republicans opposed the marijuana legislation passed by the House in April because of its language surrounding racial equity.

‘Now I understand the impetus to want to, like, for example, if you’re gonna have new businesses that are legal in the marijuana field, yeah, they probably should go to the people who suffered the most during the drug war,’ Maher said. ‘Republicans, of course, are saying this is a deal-breaker.’