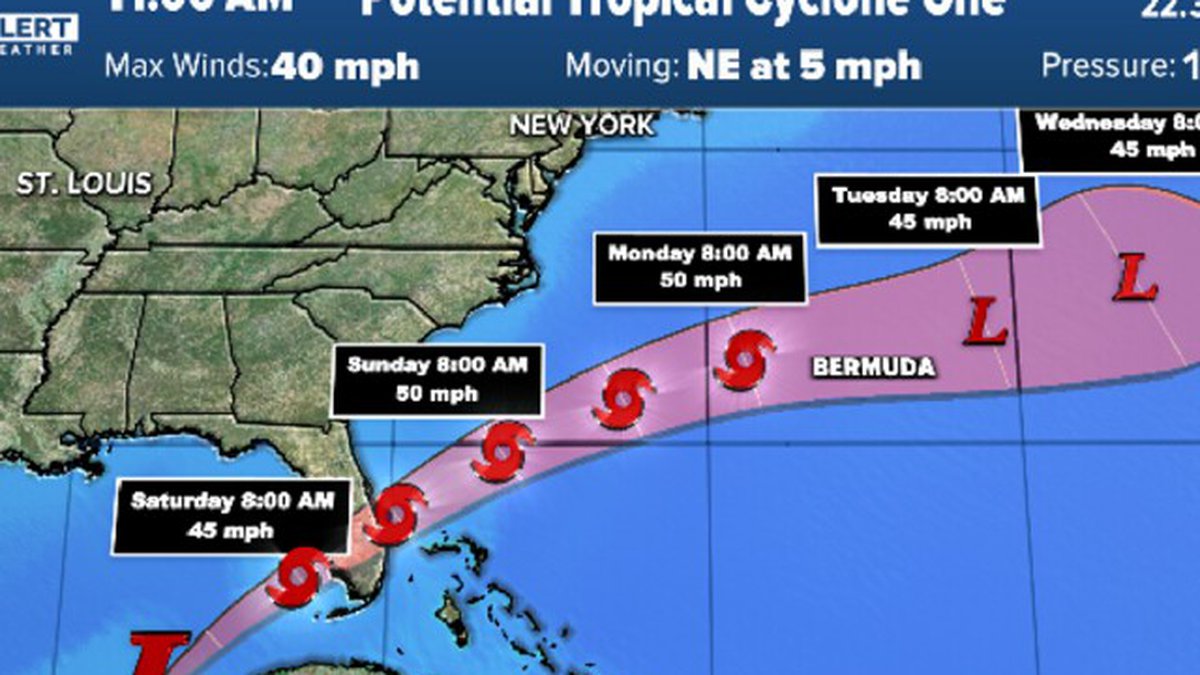 South Florida remained under a tropical storm warning Friday afternoon as the National Hurricane Center watches development of the low-pressure system in the southeastern Gulf of Mexico that is expected to become Tropical Storm Alex as it gets closer to the state.

The Hurricane Center said aircraft data indicates the system has changed little in the past several hours, and South Florida could expect between 4 and 8 inches of rain with some isolated areas getting as much as 12 inches of rain. On Friday afternoon, the hurricane center said heavy rains are spreading across South Florida and western Cuba as the system moves slowly to the northeast.

By 5:30 p.m. Friday, the majority of southeast Florida had already seen 2 to 3 inches of rain, the National Weather Service said, with as much as 6 inches over parts of western Collier County, including the Marco Island and Naples areas.

Despite the expected heavy rainfall and potential for flooding, the South Florida Water Management District said the region is prepared to handle the storm.

“Our grounds are not overly saturated at this point,” said Randy Smith, spokesman for the SFWMD. “We’re in a really good situation, not that you ever want a storm of 8 to 12 inches of rain. But if you had the scenario that’s probably best to handle it, we’re probably there right now.”

The National Hurricane Center, in its 5 p.m. Friday update, kept half of the state under the tropical storm warning with a growing system expected to become Tropical Storm Alex, the Atlantic’s first named storm of 2022.