Grandfather and His Four Grandchildren Including 11-year-old Twins Killed by Mexican Mafia Member Who Escaped From Prison Bus Three Weeks Ago: Convicted Murderer Is Shot Dead During Firefight With Police 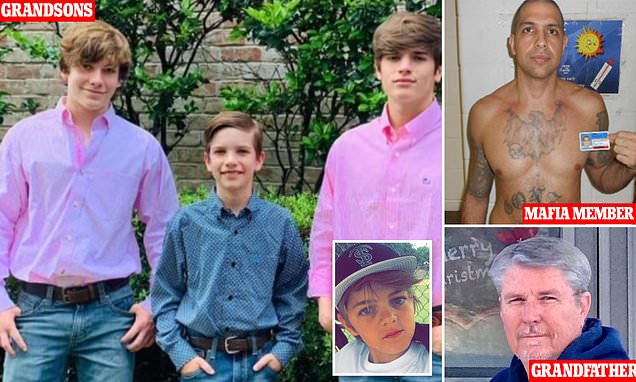 A family of five murdered by a convicted killer on the run from Texan police have been named and pictured, after the shocking prison escape and its terrible conclusion.

Mark Collins, 66, was staying in a remote rural cabin with his four grandsons when he was discovered by the convict on the run, Gonzalo Lopez, 46.

He then stole their car and AR-15, and drove off, eventually dying in a shootout with police.

Waylon graduated from high school last week, according to the grandfather’s brother-in-law, who posted on Facebook about the murder.

He described the loss of his family members as ‘unbearable.’