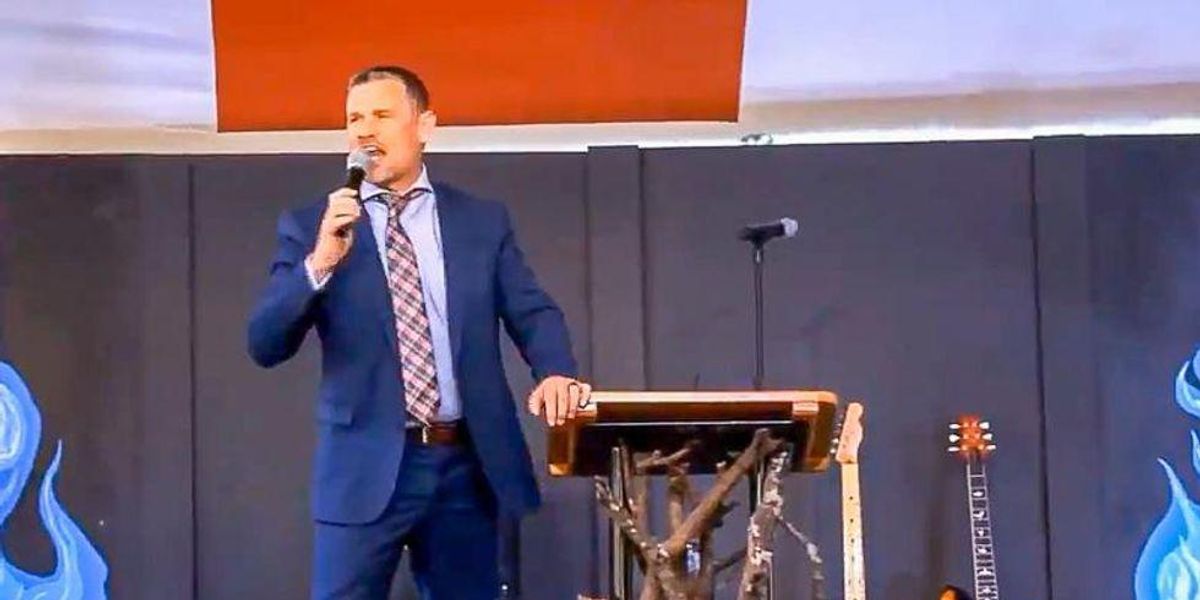 A right-wing Tennessee pastor who said Democrats could not be Christians due to the party’s pro-abortion rights stance has claimed he has given up his tax-exempt status.

Following his comments, the religious advocacy group Americans United For Separation of Church and State (AUSCS) said the Internal Revenue Service (IRS) needed to investigate Locke and determine whether he had made partisan political remarks.

A May 14, letter sent to the IRS by AUSCS attorney, Ian Smith read: “Though Locke stated he was not a ‘full-fledged Republican,’ he clearly told his congregants to vote against the Democrats, from the pulpit of his church. This violates the law and we ask for an investigation into Locke’s conduct under 26 U.S.C. § 7611.”

But in a live stream uploaded on Facebook on Sunday, Locke claimed he had renounced his tax-exempt status and said he still held the same views about Democrats.

He added: “Guess what I did this week. I got an attorney and I dissolved our stinking 501c3 in this church because the Government ain’t gonna tell me what I can and what I can’t say. So, IRS we don’t need your stupid tax-exempt status. You can put it in a bag and burn it in your front yard for all we care. I renounced 501c3 communism in this church.”