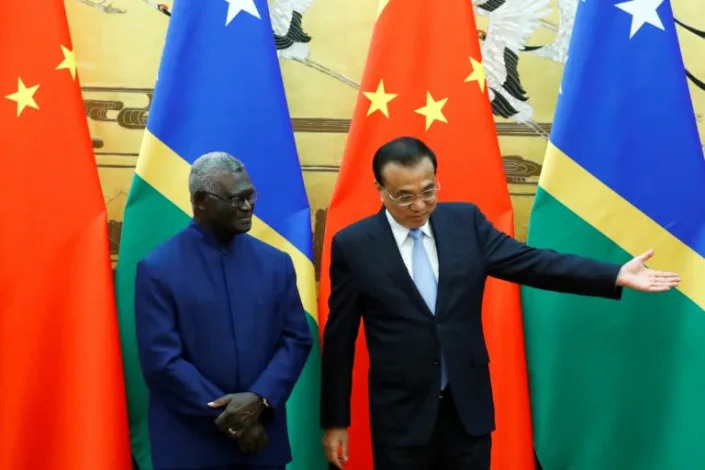 Western powers sounded the alarm Thursday over leaked plans to dramatically expand China’s security and economic reach in the South Pacific, in what one regional leader called a thinly veiled effort to lock island states into “Beijing’s orbit”.

If approved by Pacific island nations, the wide-ranging draft agreement and a five-year plan, both obtained by AFP, would give China a larger security footprint in a region seen as crucial to the interests of the United States and its allies.

In a sign of the region’s growing importance to Beijing, Chinese Foreign Minister Wang Yi landed in the Solomon Islands Thursday at the start of a high-level, eight-nation Pacific tour to present the potentially lucrative offer.

The package would offer 10 small island states millions of dollars in Chinese assistance, the prospect of a China-Pacific Islands free trade agreement and access to China’s vast market of 1.4 billion people.

The “comprehensive development vision” is believed to be up for approval when Wang meets regional foreign ministers on Monday in Fiji.

“This is China seeking to increase its influence in the region of the world where Australia has been the security partner of choice since the Second World War,” Australian Prime Minister Anthony Albanese said Thursday.

Australia “needs to respond”, he said, outlining plans for a “step-up” in Pacific engagement, with about Aus$500 million (US$350 million) in additional aid for defence training, maritime security and infrastructure to combat the effects of climate change.

His Foreign Minister, Penny Wong, was flying in to Fiji to consult the government about the plans.