One Dead and More Than 40 Injured After Tornado Tore Through Michigan Town Flipping Cars and Trailers, Knocking Down Trees and Leaving More Than 3,000 Without Power 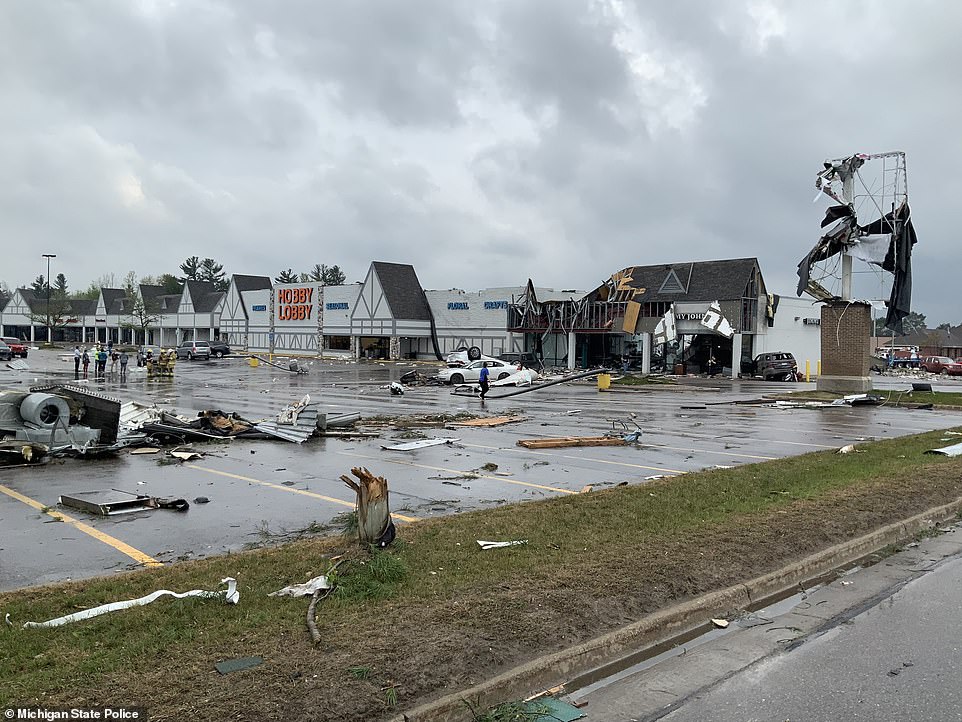 A tornado tore through a small community in Michigan’s northern Lower Peninsula on Friday killing at least one and injuring 43.

The tornado struck Gaylord, a community of roughly 4,200 people about 230 miles northwest of Detroit, causing catastrophic damage; flipping vehicles, tearing the roofs off buildings and leaving about 3,000 customers without power, according to Consumer Energy.

The victim has not yet been identified.

Gaylord is currently under a curfew until 8 a.m.

Eddie Thrasher, 55, said he was sitting in his car outside an auto parts store when the twister seemed to appear above him.

‘There are roofs ripped off businesses, a row of industrial-type warehouses,’ Thrasher said. ‘RVs were flipped upside down and destroyed. There were a lot of emergency vehicles heading from the east side of town.’

He said he ran into the store to ride it out.