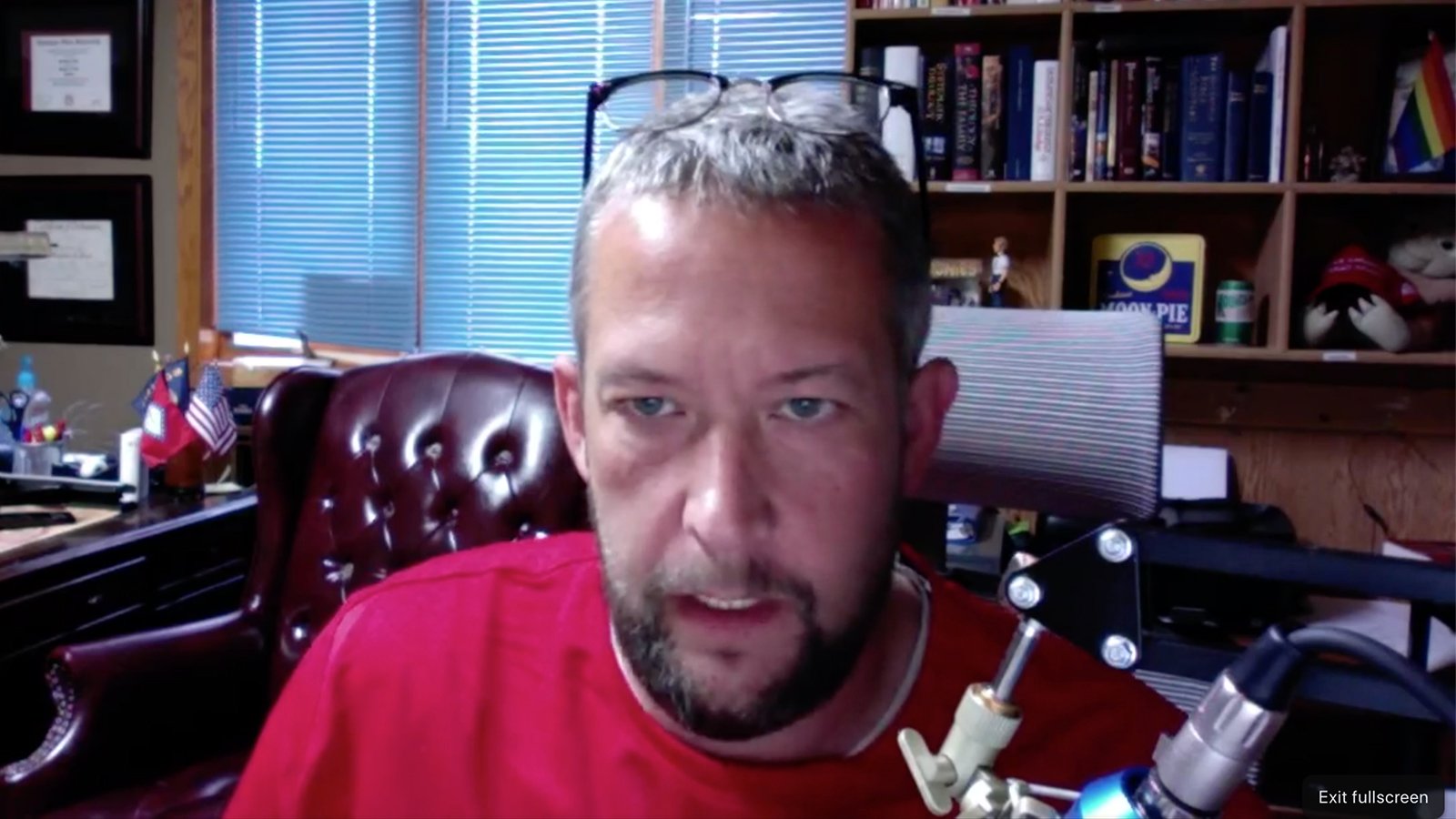 (RNS) — A Montana Baptist pastor who has spent years warning that liberals were taking over the Southern Baptist Convention and evangelical churches, was arrested on DUI and weapons charges.

Jordan Daniel “J.D.” Hall, pastor of Fellowship Baptist Church in Sidney, Montana, and publisher of the online Christian polemics site Protestia, was arrested on May 11 after a traffic stop. According to a copy of the initial offense report obtained by Religion News Service, Hall was charged at 11 p.m. with driving under the influence and carrying a concealed weapon while intoxicated. The DUI charge is a first offense, according to the report. A Sidney police officer observed Hall driving in a bike lane and pulled him over.

Hall allegedly had slurred speech, stumbled and had poor balance, according to a copy of the complaint filed against him, which was also posted online. During the stop, police also allegedly found a concealed handgun. The pastor performed poorly on a field sobriety test, according to the police report, but a breathalyzer did not find evidence of alcohol in his system.

The Montana pastor is best known for his role as a writer for online site Pulpit&Pen, where Hall criticized what he saw as liberal and worldly influences affecting the evangelical church and especially the Southern Baptist Convention. Among the site’s targets were Bible teacher Beth Moore, former Southern Baptist ethicist Russell Moore (no relation), former SBC President J.D. Greear and Tennessee preacher and Trump supporter Greg Locke.

After Facebook banned the Pulpit&Pen, the site was renamed “Protestia.” Hall also heads the Gideon Knox Group, which runs a church-based collection of media sites and other media ministries, including the Polemics Report, the Bible Thumping Wingnut podcast network, and an AM radio station. He also founded the Montana Daily Gazette, a conservative news site.

Hall made headlines during the pandemic for offering religious liberty vaccine exemption letters and for plans to publicly shame COVID-19 “snitches.”

“We are leading the insurgency against godlessness and liberalism,” the Gideon Knox Group webite claims.

Following his arrest, Hall offered to resign as pastor of Fellowship Baptist, according to a statement posted on the church website Monday (May 16), for “bringing the stain of rumor upon the church.”

The statement said Hall suffers from Vitamin D deficiency, which causes “poor coordination, slurred speech, word displacement” and said since no alcohol was involved, the arrest was not “ministerially disqualifying.” The statement also claimed Hall was “potentially addicted to working,” and the church’s elders instructed him to take three months off to rest. According to the statement, Hall cannot return to work without his wife’s approval.

Hall will remain as pastor, according to the statement, and talked with the church about the incident.

“He cautioned us solemnly to be ready for what enemies of Christ would do with his situation and to brace themselves,” the statement read. “The congregation spoke openly to assure Pastor Hall he should not be ashamed, that we do not care what the world thinks, as we know the truth.”

In 2014, Hall announced plans to back away from his involvement in SBC conflicts, following the death of the teenage son of one of the church leaders he criticized. Hall and other critics had ridiculed the 15-year-old online, in what radio talk show host Todd Starnes called “theological thuggery.”

“In one sense, I am reaping what I sowed. When you live by the sword, you die by it,” said Hall in in 2014, according to Christianity Today. He had also apologized for criticizing the teenager.

Hall had become active in SBC conflict in recent years — joining other critics who claim the nation’s largest Protestant denomination has turned liberal — and had planned to attend the upcoming SBC annual meeting in Anaheim. The pastor claimed that “me and my boys will control the mics and rebuke is on the agenda.”

The pastor recently filed for bankruptcy, claiming he could not afford to pay legal fees in a libel lawsuit, according to Montana news reports. A transgender activist has sued Hall for libel, claiming “an article about her damaged her reputation,” the Longview News-Journal reported.