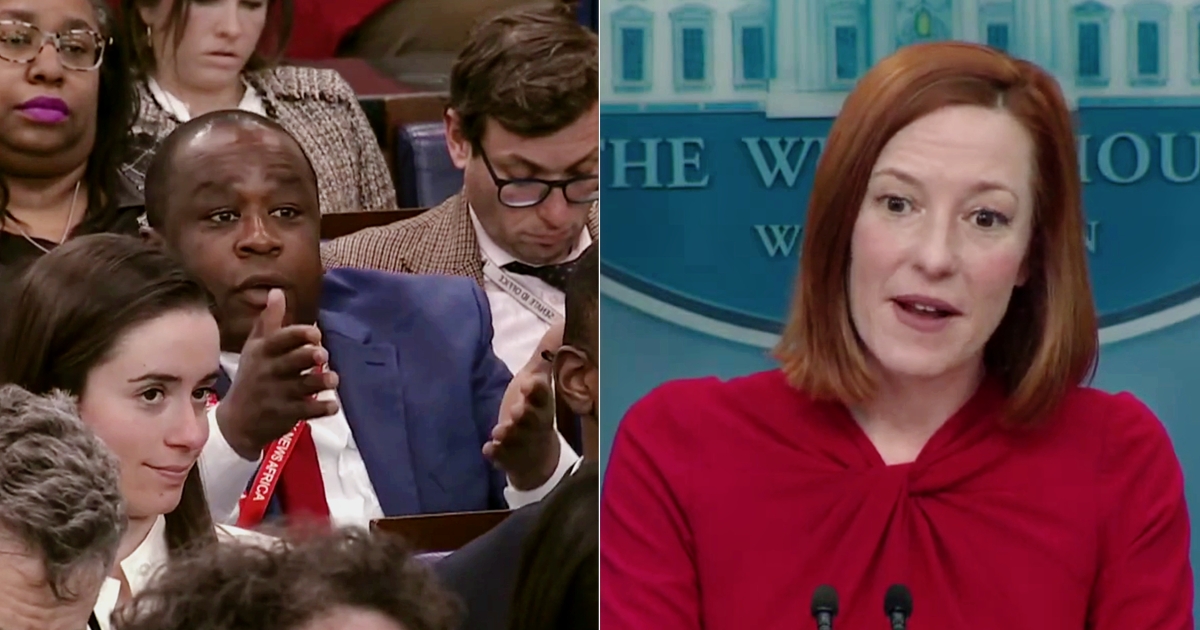 A reporter who interrupted Friday’s White House press briefing has been threatened with suspension or expulsion from the White House Correspondents Association were he to do the same again.

During Jen Psaki’s last press briefing as White House press secretary, Simon Ateba of Today News Africa twice interrupted and called on Psaki to call on the reporters in the back rows. He interrupted the Associated Press’ Zeke Miller and ABC News’ Mary Bruce.

“Your disruptive behavior at last Friday’s briefing interrupted your colleagues and reflected poorly on the press corps,” he said. “There is no right of any reporter to be called on by any official. Preventing your colleagues from asking their questions is no way to seek relief.”

Portnoy warned that Ateba would be suspended or expelled were he to repeat his behavior from Friday.